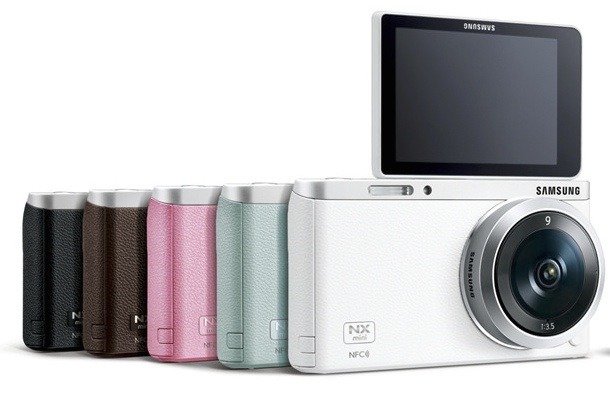 The NX mini has a range of exclusive features which allow photographers to effortlessly indulge in the global trend of self-shooting. With a 75.2mm (3.0-inch) Flip up and Touch Display that flips 180-degrees, users can frame images of themselves perfectly. The NX mini’s powerful optical performance provides crisp and clear, high quality images ensuring that the subjects in the photos are always looking their best. With the ultra-slim 9mm wide angle lens, the NX mini can capture group shots from an arm’s length away, so users can easily frame themselves and be part of group memories.

The NX mini offers a new Wink shot feature to take a selfie — hands-free. Users simply need to set up their shot and wink at the camera to capture an image. Once a wink is detected, the NX mini takes a shot automatically after two seconds, without having to press any buttons.

Despite its slim appearance, the NX mini packs a big performance in to its small body. Its large 1-inch type 20.5-megapixel BSI CMOS Sensor enables users to capture high quality images, ensuring no details are missed. With the highest resolution in its class, pictures captured with the NX mini burst with vivid color.

The NX mini’s impressively fast 6fps Continuous Shot mode allows photographers to take continuous shots, so every detail can be captured and no moments are missed. The fast 1/16000 sec Shutter Speed freezes fast moving scenes, allowing for the dramatic capture of motion in crisp detail, without blurring.

As with all of Samsung’s 2014 SMART cameras, the NX mini features advanced Wi-Fi and NFC integration that makes it seamless to share images. Exclusive to Samsung, Tag & Go connectivity allows the NX mini to pair with NFC-enabled devices, such as smartphones or tablets, simply by touching the two together. Once paired, users can:

Additionally, extensive storage options are integrated into the NX mini and images can be uploaded directly from the camera to the cloud for an easy storage solution. Users can upload their pictures directly from the NX mini to both Dropbox and Flickr, the popular photo sharing site. Dropbox provides 2GB of free storage to new users, accessible from just about any device and with Flickr users can upload up to a terabyte of images. With all the storage and sharing technology built into the NX mini, it’s easier than ever to share and store beautiful images.

Samsung has introduced three NX mini lenses (NX-M) which are optimized for use with the NX mini body, providing a variety of options to meet individual shooting preferences.

NX mini owners will also be able to use fifteen NX lenses with the device by using a specialized NX-M Mount Adapter (ED-MA4NXM). These lenses are sold separately. 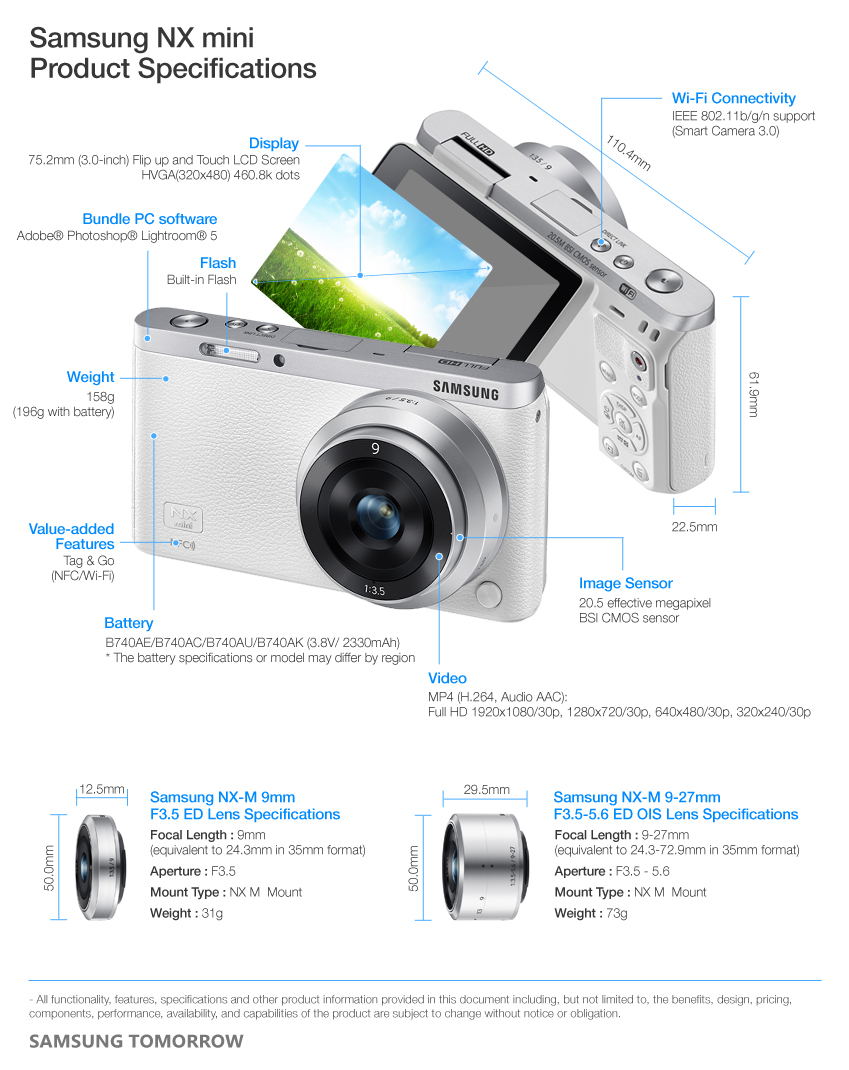