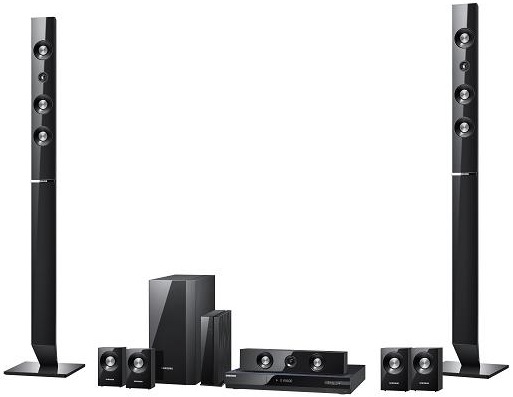 “Samsung strives to deliver the best-in-class home theater experience at an affordable value,” said John Revie, senior vice president of Home Entertainment for Samsung Electronics America. “With this year’s lineup of Blu-ray Home Theater Systems, we’re kicking it up a notch by delivering a fully immersive home theater experience for every consumer — including 3D capability and lifelike, pristine audio quality — all with an elegant design in one easy to use system.”

Connected TV/Samsung Apps
Samsung’s Blu-ray Home Theater systems now include advanced connectivity features through Samsung Apps, the world’s first HDTV applications store. Samsung Apps provides an expanded, easy-to-navigate selection of content and applications from leading content providers and services like The Associated Press, Netflix, Pandora, Twitter, USA TODAY, and VUDU. Applications can be downloaded and viewed all while watching TV. More than 20 applications should launch by the end of March free of charge, with more to come.

In addition, the HT-C6930W, HT-C6730W and HT-C6500 have built-in WiFi connectivity while the HT-C7530W supports Wi-Fi through the included wireless dongle*. All new models include Allshare™ compatibility to allow content sharing among other DLNA certified electronic devices within the network.