Samsung just released their biggest and baddest (in a good way) smartphone for 2018. The new 6.4-inch Galaxy Note9 arrives with the largest edge-to-edge display ever on a Note, the same intelligent cameras from Galaxy S9+, and a new S Pen that adds connectivity for the first time ever. If you’re looking for the best Android phone for 2018, this may just be it. 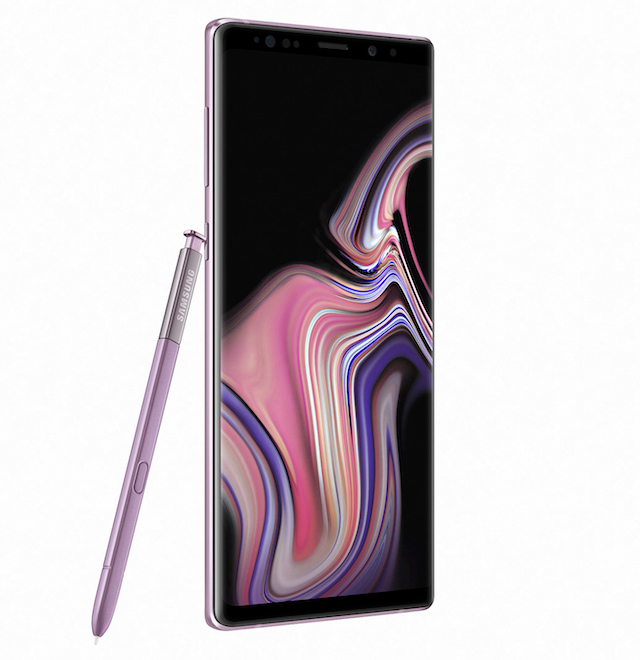 The Evolution of the S Pen
The S Pen is the signature feature of the Note series, which began as a tool for writing and drawing, can now connect to the phone via Bluetooth Low-Energy (BLE). This enables an entirely new way to use the Note. With just a click, you can take selfies and group pictures, present slides, pause and play music, and more. The S Pen charges in the phone in just under a minute, so it’s ready for you in a matter of moments. Developers can even integrate the S Pen’s new, advanced BLE functionalities into their apps later this year.

All Day Battery
Galaxy Note9 features a 4,000mAh battery that that should last all day. Its 6.4-inch Super AMOLED Infinity Display provides a truly immersive multimedia experience that are complemented by stereo speakers, which are tuned by AKG and have the ability to support Dolby Atmos. 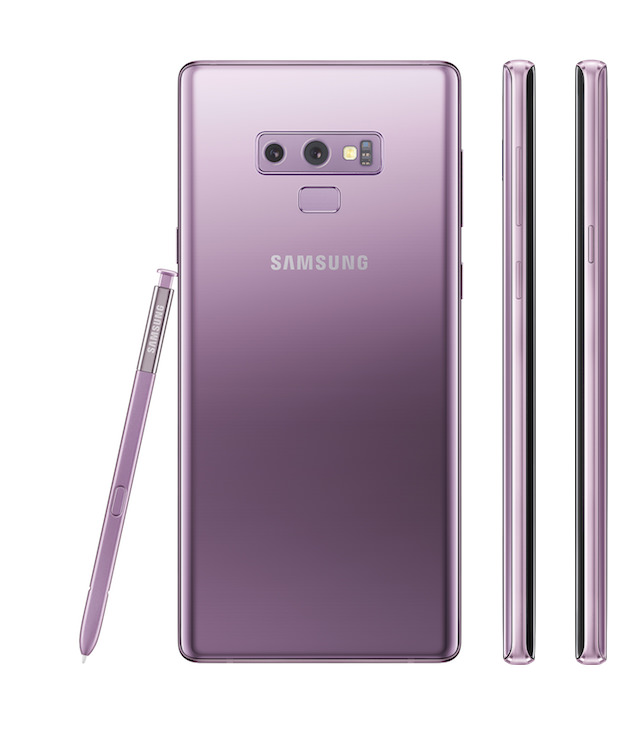 Intelligent Camera
Galaxy Note9’s dual rear cameras are Samsung’s smartest yet that capture 12-megapixel photos. Samsung’s built-on camera software uses intelligence to identify elements of a photo, such as scene and subject, to automatically classify it into one of 20 categories and instantly optimize it based on the category. The result is a stunning, lifelike image with bold colors and dynamic definition.

The camera includes advanced noise reduction technology, and a Dual Aperture lens, which adjusts to light just like the human eye. No matter the lighting conditions, Galaxy Note9’s top-tier camera should deliver a crystal-clear shot.

Flaw Detection also lets users know if there’s something wrong, so they can take another picture without losing the moment. An immediate notification will appear if the image is blurry, the subject blinked, there is a smudge on the lens, or there’s backlight impacting the quality of the image.

PC Functionality
Galaxy Note9 also delivers a PC-like experience with Samsung DeX. Users can work on presentations, edit photos, and watch their favorite show all powered by their phone. Experience Samsung DeX with easy-to-carry HDMI adapters3. When connected to a monitor, Galaxy Note9 can power a virtualized desktop and even serve as a fully-functional second screen. Take notes with the S Pen while watching a video, or use Galaxy Note9 as a trackpad, to right-click, drag and drop, and use multiple windows on a monitor.

“The Note has always been our showcase for premium technology and industry-defining innovation, and Galaxy Note9 is no exception. It’s designed for a level of performance, power and intelligence that today’s power users want and need,” said DJ Koh, President and CEO of IT & Mobile Communications Division, Samsung Electronics. “Note fans are Samsung’s most loyal; we know they want it all, to get the most out of work and play, and Galaxy Note9 is the only phone that can keep up with their busy lives.”