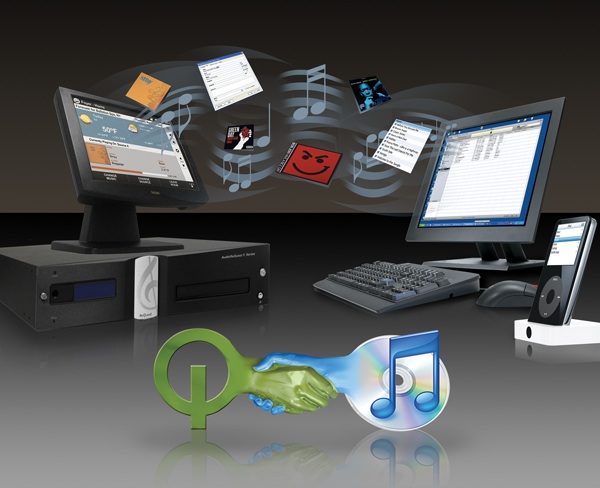 Ballston Spa, New York–October 2, 2007– ReQuest, the company whose leadership in the audio and video server market for high-end music, home-theater, and whole-house music systems is well established, has been granted a U.S. patent for its acclaimed NetSync technology. The United States Patent and Trademark Office (USPTO) has granted ReQuest, Inc. patent no. 09/884,661 which covers the synchronization of media including audio, video, and digital photos from a central media server to additional media servers and portable devices over a LAN or the Internet, via wired or wireless communications. The patent was filed on June 19th, 2001, which predates by several months Apple Computer’s original introduction of its popular iPod.

NetSync is ReQuest’s proprietary, key enabling technology that allows its music servers and other audio-video component designs to share and exchange audio-video entertainment, setup and operations data, and to interact under the control of external “clients” including personal computers and personal wireless devices. Titled “Multimedia Synchronization Method and Device,” the ReQuest patent’s overview describes:

This patent underscores ReQuest’s unique innovations in providing consumers and businesses alike the ability to automatically synchronize entire media collections between different devices, whether in different rooms via the home’s local network, or in different homes or even on different continents over the Internet. Today, that technology is expanded with support of synchronizing content and playlists directly from Apple Computer’s very popular iTunes software, to ReQuest servers in the same home as well as vacation homes.

“We’re very happy to have received our NetSync patent,” says company CEO Peter Cholnoky, “And we look upon this as an important milestone for our company. The patent validates ReQuest’s place as an innovator in home entertainment overall, and we look forward to actively marketing our technology to third-party providers and marketers of media devices and solutions, offering the opportunity to leverage our technology to add sharing and syncing of music, playlists, and movies or videos, to their own designs.”

Using NetSync, customers can easily access their content, create playlists, change metadata, and add new music to their ReQuest server, and all other devices are automatically updated. NetSync for iTunes adds automatic synchronization from ReQuest servers to iPods and iPhones. “NetSync allows content to flow seamlessly across multiple device platforms,” adds Cholnoky, “Customers can now create a playlist in iTunes, and when they arrive at their vacation home, the playlist is available on their whole-house audio system in-wall touch panels. NetSync technology makes it easy to keep media files in sync between multiple homes, iPods, and other devices.”

About ReQuest
ReQuest, Inc.’s home-entertainment systems have set the standard for high-end digital media storage, management, playback, and system integration since 1998. The Company’s award-winning music servers and video-management systems are the accepted leaders in cutting-edge technology. The company enjoys being regarded as having the best service in the industry, with an installed base of more than 20,000 units. Recently, ReQuest was ranked by Inc. magazine as one of the top 500 fastest-growing private businesses in America for the second year in a row. For more information, visit www.request.com.