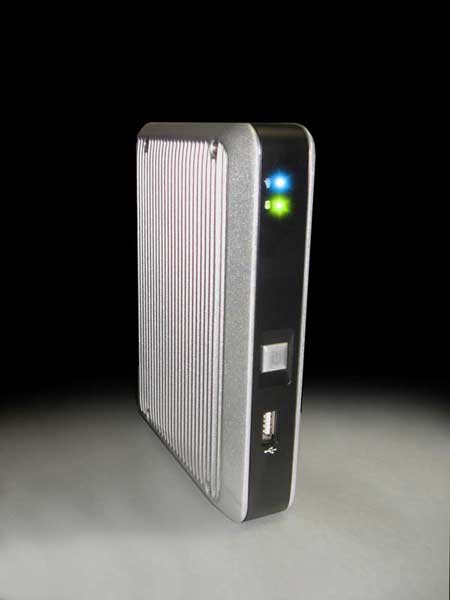 The Network Touchscreen Client is a slim, compact, hardware solution designed to be mounted to the back of a free-standing TS.15 touchscreen, or it can be tucked away in a nearby cabinet or shelving unit. The NTC connects to the touchscreen via USB and VGA cables, while its RJ-45 connector accepts conventional, thin, Ethernet cable linking it to the home network. Alternately, a wireless home network can be utilized via a “gaming bridge,” a wireless adapter widely available from manufacturers such as dLink, Linksys, and Netgear, to deliver full TS.15 functionality via WiFi 802.11b/g wireless connection. As many as eight TS.15/Network Touchscreen Client combos, communicating to the home system via wired or wireless/bridge connections, can be used on a single ReQuest iQ System, Audio or Video ReQuest.

About ReQuest
ReQuest, Inc.’s home-entertainment systems have set the standard for high-end digital media storage, management, playback, and system integration since 1998. The Company’s award-winning music servers and video-management systems are the accepted leaders in cutting-edge technology. The Company enjoys being regarded as having the best service in the industry, with an installed base of more than 20,000 units. Recently, ReQuest was ranked by Inc. magazine as one of the top 500 fastest-growing private businesses in America for the second year in a row. For more information, visit www.request.com