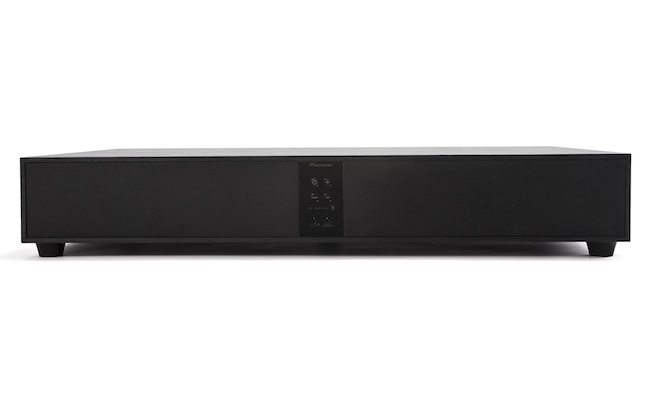 Pioneer has announced the SP-SB03 Speaker Base TV Audio System, designed by legendary speaker engineer Andrew Jones to deliver full-range sound performance and replace the audio that comes from the small low-powered speakers built into today’s flat panel televisions. Built for the majority of consumers who keep their flat panel TVs/monitors on a stand rather than hung using a wall mount, the Speaker Base is made to provide an enhanced home audio experience through a single point audio source by simply placing the television on top and using a one-cable connection.

Composite Wood Cabinet
While most sound base products in the market are made of plastic, Pioneer’s Speaker Base follows in the tradition of the Speaker Bar and uses a composite wood cabinet to give the unit better control of the speakers and resistance to unwanted resonance.

One Point Source Design
The Speaker Base features six individual drivers, two custom 4-inch woofers, two 3-inch mid-range drivers and two 1-inch soft dome tweeters. The mid-range drivers and tweeters sit at the front of the unit, while two dedicated woofers are built into the bottom of the Speaker Base enclosure. Incorporating the woofers to the bottom of the unit eliminates the need for a separate outboard subwoofer enclosure and delivers an all-in-one “single point” source, as well as the convenience of a single wire connection to gain instant access to great sound. Further maximizing the audio performance of the Speaker Base, each set of drivers has its own chamber.

Individual Amplifiers for Each Driver
For optimal audio performance, each of the six built-in drivers is powered by an individual amplifier. Each amplifier produces up to 28 Watts of power (1kHz 1% THD @ 4 Ohm) to obtain increased dynamics and better overall “headroom” at any volume level.

Active Crossover Network
The integrated amplifiers in the Speaker Base are complemented by a matching active crossover network for increased sound quality. Utilizing an active crossover enabled Andrew Jones to use higher order filter points (speakers’ cutoff frequencies and steeper roll-off slopes [a.k.a. attenuation]) to achieve improved audio transitions between the woofers and the tweeters, resulting in improved speaker response, vocals and off-axis listening.

3D Audio Expansion
The 3D audio expansion mode is ideal for movies, which creates a wider sound field experienced by the consumer. A quick press of the “EXP” button located on the remote control initiates the mode.

Solid Construction
The internal cavity of the Speaker Base is heavily braced to prevent flexing when a TV or monitor is placed on the unit. The four disc-shaped rubberized feet placed on the bottom of the enclosure minimize slipping and shifting and self-adjust with the weight of the placed television.

Additional Features
The Speaker Base features Dolby Digital Decoding and three sound modes including music, movies and dialogue. Dialogue is a late night mode that optimizes dialogue conversations and significantly reduces “loud” passages, making it ideal for late night viewing. For added convenience, users can teach the unit to respond to their own remote control’s commands via the learning mode feature. The Speaker Base also features built-in Bluetooth connectivity to enable wireless music streaming from a smartphone device, with the ability pair two devices simultaneously. Users can stop/pause audio streaming on one device and a second device will start streaming immediately, eliminating the need to go through the pairing process with each use.

Price and Availability
Pioneer’s Speaker Base will be available in October 2014 for $349.99. 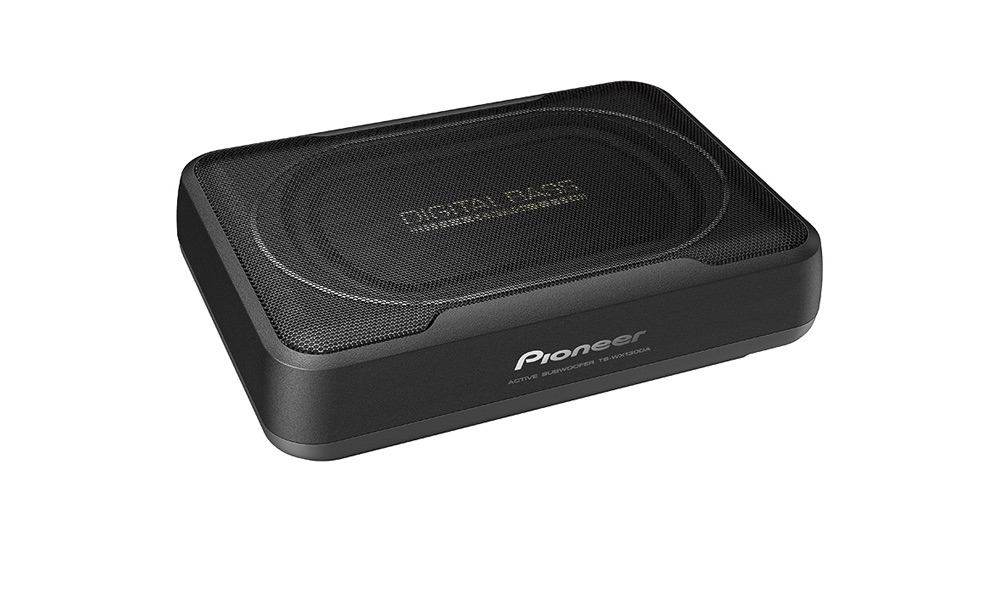