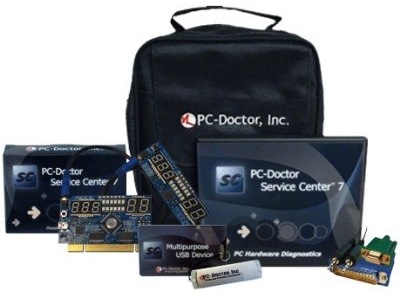 The latest kit for computer troubleshooting delivers new and faster PC diagnostics, more advanced test scripting, a significantly improved POST card for systems that won’t boot, a drive-erase tool, and the ability to take detailed snapshots of the system under test to clearly show all changes made. Additionally, companies using the Service Center 7 PC diagnostics kit can present a professional image to their customers by providing customized PC troubleshooting reports that include the company’s logo, contact information, and technician name.

“PC repair technicians who choose PC-Doctor Service Center 7 are able to take advantage of the same up-to-date professional computer diagnostics that four of the world’s top five manufacturers pre-install on their PCs to reduce warranty and service delivery costs,” said Doug van Aman, the company’s chief marketing officer. “We routinely develop PC diagnostics for new hardware well before those technologies are released to the general public, and are able to roll those advances into PC-Doctor Service Center, while continuing to support legacy systems.”

The Service Center 7 computer troubleshooting kit comes complete with more than 300 PC diagnostics, including high-level diagnostics for testing hardware and advanced drivers within the Windows operating system, and bootable computer diagnostics for low-level, direct testing of hardware, and for use when Windows will not boot. The new PC diagnostics for Windows support the latest components introduced by the world’s leading manufacturers, including newly introduced video cards, Bluetooth network devices, CPUs and Blu-ray optical drives. Additionally, the bootable PC diagnostics include new, faster protected-mode memory tests that are based on PC-Doctor patents and capable of testing up to 64 gigabytes of memory. 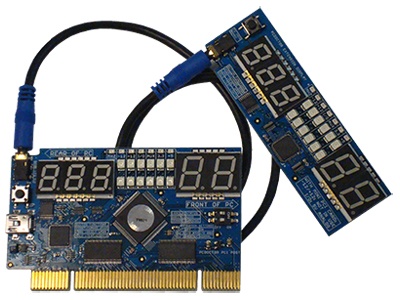 Also included is a newly designed POST card for troubleshooting systems that cannot boot. Designed to make computer troubleshooting and PC repair easier, the POST card has a new daughterboard on a flexible connector, making it easier to read error codes, bus speeds and system voltages on a remote display.

Other highlights of the new PC-Doctor Service Center 7 include:

Founded in 1993, PC-Doctor Inc. develops PC diagnostics and other system health tools that help PC makers, service centers, and IT organizations reduce costs, improve quality and enhance customer satisfaction. With more than 180 million units shipped worldwide, PC-Doctor’s diagnostics are pre-installed on systems from four of the world’s top five PC manufacturers. In addition to Windows products, the company also develops computer diagnostics for Linux and other operating systems that run on leading Intel and AMD microprocessors. For more information about PC-Doctor and its products, visit pc-doctor.com or call (866) 289-7237. International customers should call (775) 336-4000.

PC Magazine3 years ago
You Are Here