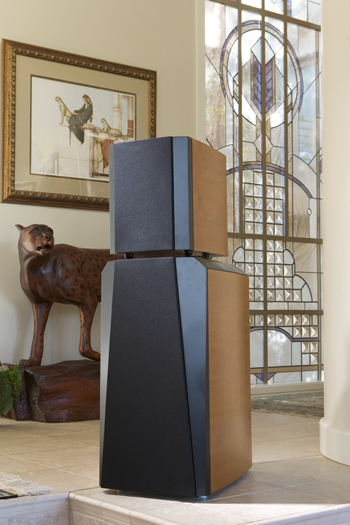 Each SR1 consists of four independently adjustable amplification packages plus a four-way active electronic crossover integrated with four highly efficient speaker drivers. Like the Rushmore, the SR1 leverages the ability of dedicated, active electronics to enhance and complement the performance of its passive components. More than the Rushmore, the SR1 emphasizes absolute audio performance over driver sensitivity, and offers more flexibility in selecting complementary power amplifiers and crossovers, which can range from totally passive to active quad-amplification.
The SR1 has been designed to harness the classic “mass controlled piston” model, in which the speaker’s radiating surface behaves as a rigid surface. This yields a well-defined characteristic in the spectral region where the sound is proportional to the electrical current through the voice coil. At the boundaries of this frequency band, the response falls off in a predictable manner.

The trick is to find a perfect piston driver. The cone surface must maintain its shape over the frequency band without breaking up into resonant vibrational modes. The suspension and motor system must remain linear with high excursion. But most speakers allow the cone to flex in a way that gives some extension at higher frequencies at the cost of an irregular response in the frequency response and phase performance.

The SR1’s drivers are the best available — Nextel-coated cones and a Crescendo tweeter from the renowned Seas of Norway. They present the best combination of low distortion, high dynamics, and predictable performance. It takes a minimum of four sizes of these drivers to span the SR1’s 10-octave audio range without significantly leaving the “piston” region.

The SR1 uses dual enclosures. A large bass enclosure with ten-inch and eight-inch drivers handles the bottom four octaves, and an adjustable smaller enclosure carries the midrange and the tweeter. The Seas drivers are complemented by a set of crossover and equalization electronics created to elicit the drivers’ best performance. 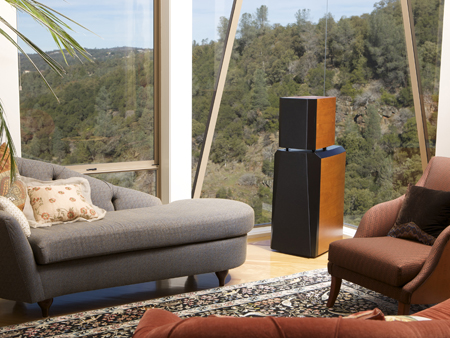 Pass Labs’ SR1, as Spectacular as its Setting

The SR1 Loudspeaker is available now from authorized Pass Labs dealers at a suggested price of $25,000/pair. It can be seen with Pass Labs’ other outstanding products in Suite 29-140, The Venetian Tower, during the show. 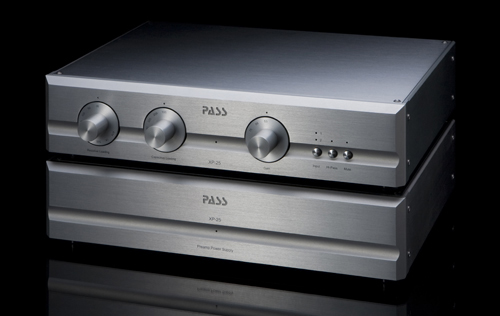 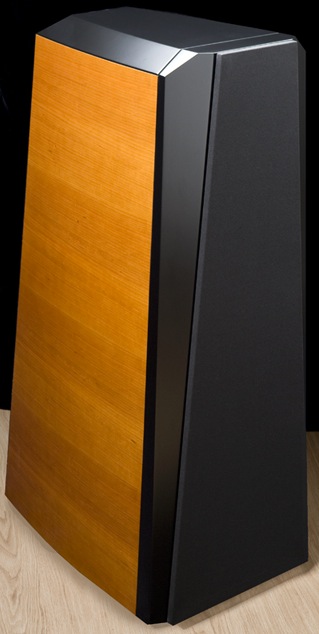