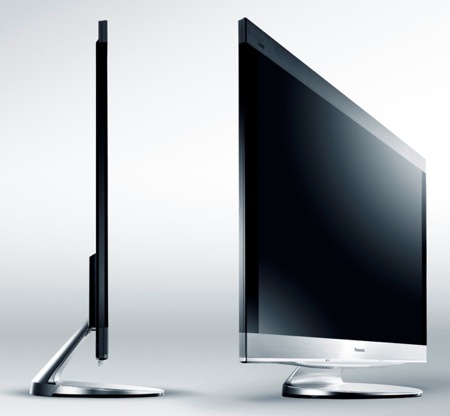 Panasonic Corporation of North America (NYSE: PC) , the industry leader in high definition Plasma and LCD televisions, introduced its expanded line of VIERA HDTVs at the 2009 Consumer Electronics Show. Building upon its award winning portfolio of high definition televisions, Panasonic will broaden its offering in 2009 by introducing new screen sizes in both Plasma and LCD lines with a new 54-inch class plasma and 19-inch class LCD. In addition, VIERA will extend its unique technology features, such as the acclaimed VIERA CAST web menu, to additional model lines.

VIERA CAST, originally launched in 2008, will broaden its entertainment offering with the addition of Amazon’s VOD streaming video service. Panasonic also extended the prestigious THX Certified Display to three product lines. With a continuing emphasis on improving the television’s performance and reducing the impact on the planet’s carbon footprint, Panasonic’s 2009 line of VIERA HDTVs have improved their energy efficiency vs. last year’s models, while also improving the overall picture performance of the HDTVs.

Year after year, Panasonic has been dedicated to bringing new picture improving technologies to HDTVs and 2009’s line-up continues that trend. With the digital transition on the horizon and an increased awareness among consumers of high definition, consumers now demand blacker blacks, faster response times and the billions of colors that Panasonic VIERA HDTVs deliver.

In 2008, Panasonic offered one VIERA HDTV series that had innovative internet enabled VIERA CAST feature. In 2009, it will be extended to three series – The Z1 series, the V10 series and the G10 series. In addition to the continuation of such favorite entertainment sites as Google’s YouTube™, Picasa™ Web Album, Bloomberg and weather service; a consumer will now have an access to HD movie rental via Amazon Video-on-Demand. Panasonic has also improved VIERA CAST interface by implementing quick keyword input (like a cell phone) to help retrieve favorite content faster and easier. Panasonic HDTVs VIERA Link – a technology that utilizes HDMI-CEC (Consumer Electronics Control) and allows a consumer to operate all VIERA Link™ compatible A/V components using only the TV’s remote control and helpful on-screen menus. In addition to operating a VIERA HDTV, video source (Blu-ray and DVD player) and home theater receiver; VIERA Link permits operation of a network camera, ideal for monitoring of a home/nursery*. A VIERA Link capable Network Camera BL-C210A can be connected to a VIERA HDTV and controlled via VIERA Link remote. Users can then watch their child, pet and/or property by installing the camera and networking to the VIERA HDTV via Ethernet cable. The BL-C210A will be available in the United States in the summer of 2009.

As in 2008, all Panasonic VIERA HDTVs feature VIERA Image Viewer™ a function for easy viewing of digital still photos and in some models, the ability to play back AVCHD video recorded on SD card.

For 2009, VIERA Plasma HDTVs are rated, as in 2008, to have a lifespan of 100,000 hours. This is more than 30 years of viewing when watched for 8 hours a day, before the TV reaches half brightness. To further improve picture quality, VIERA HDTVs feature some breakthrough consumer innovations like 600Hz Sub-field Drive and Infinite Black panel with improved contrast ratios. In 2008, Panasonic offered VIERA HDTV models that were THX certified and in 2009, the prestigious certification will be extended to 8 VIERA models (The V10 series and the G10 series). THX Ltd. works closely with Panasonic from initial product design phase to the final product rollout in the market. THX certification ensures that each display can present all HD and standard definition content to the maximum resolution with accurate color and luminance levels.

Panasonic’s commitment to improving the environment was confirmed this year as all of its 2009 VIERA HDTVs qualified for Energy Star certification. As in the past, VIERA Plasma HDTVs are lead and mercury free.

“Panasonic’s superior quality, connectivity and service continues to distinguish the VIERA line,” said Bob Perry, Executive Vice President, Panasonic Consumer Electronics Company. “Not only have our VIERA HDTVs received critical acclaim from consumer and trade publications, but Panasonic has maintained the market lead for the majority of the last three years. Panasonic has never rested on its laurels and the 2009 VIERA line continues that thinking. This year Panasonic has created the ‘Neo-PDP’ line with a brighter panel, double luminance efficiency, deeper blacks with improved contrast ratio and 1080 TV lines of Moving Picture Resolution. Our corporate philosophy of Ideas for Life is borne out by our attention to the consumer- to provide the ultimate entertainment experience in an easy to use format. That is why we have expanded our VIERA CAST feature and continued to improve the functionality of VIERA Link.” 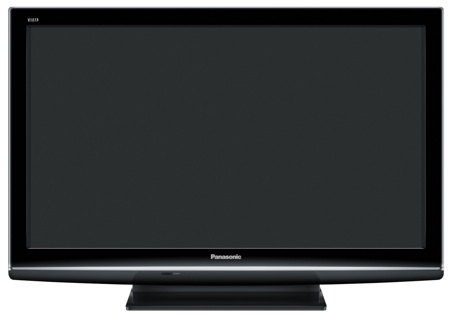 In 2009, Panasonic will continue to demonstrate its strong and growing commitment to the LCD marketplace by more than doubling the number of its 2009 VIERA LCD model offerings (12 models, up from 5 in 2008), introducing a new screen size (the 19-inch class X1 series), and launching an innovative, new iPod/HDTV entertainment solution.

G1 Series
Panasonic’s top-of-the-line LCD is the VIERA G1 series featuring the 1080p TC-L37G1, 37-inch class (37″ measured diagonally) TV and the 720p TC-L32G1, 32-inch class (31.5″ measured diagonally) model. Both TVs offer 120Hz Motion Picture Pro3 technology that ensures crisp, focused images for sports, dramatic action, and all other fast-moving scenes; an IPS Alpha Display Panel that deliver a 178 degree wide viewing angle and bright, clear images from any location in the room; and VIERA Image Viewer that provides the consumer with an easy way to view and share their digital photos via the TV’s built-in SD card reader. The G1 LCD’s also feature VIERA Link™; a PC input; Game mode, a 20:000:1 contrast ratio; 3 HDMI inputs, and a swivel base and narrow bezel design. The G1 series will be available in April 2009.