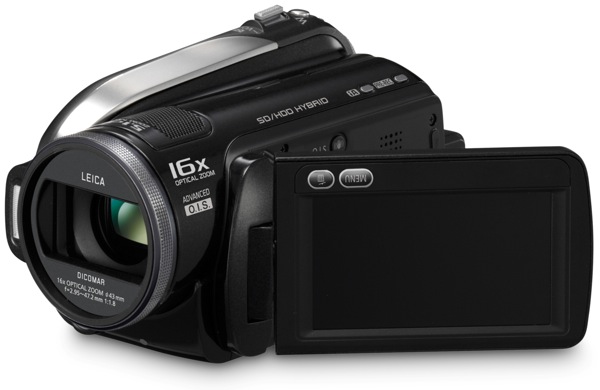 The HDC-HS20, HDC-TM20 and HDC-SD20 are Panasonic’s introductory HD camcorder models, recommended for new or intermediate users wanting an easy-to-use camcorder that still produces beautiful and vivid video worthy of sharing with friends and family. All three models feature a 16x optical zoom and a Leica Dicomar lens, but differ in recording media and thus vary slightly in overall size and weight.

Suggested retail prices for all camcorders are as follows:

All models come in black and will be available in April 2009.