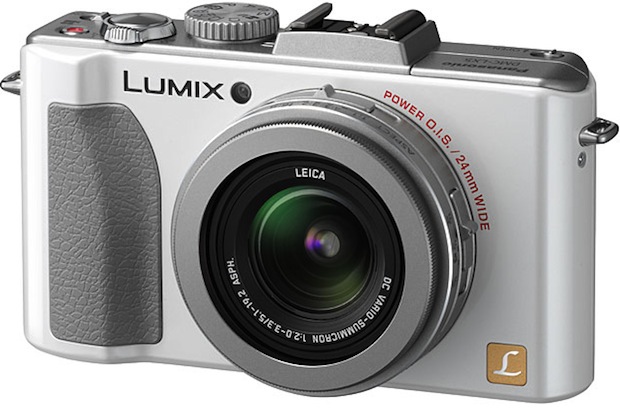 The Panasonic LUMIX LX5 is a unique compact digital camera in that it offers superb image quality along with a super-bright lens and increased creative modes. The F2.0 lens is twice as bright as a F2.8 lens, making it easy to produce beautiful photos with a soft-focused background thanks to the shallow depth of field provided by the extra light. In addition to the newly-designed lens, the LUMIX LX5 features an image processing engine that combines technologies resulting in professional-quality photos, especially in low-light situations. Like its predecessor, the LUMIX LX5 features the highly-acclaimed 10.1-megapixel CCD, but it has an expanded dynamic range by increasing the sensitivity and the saturation.

The newly developed Venus Engine FHD image processor enables higher-speed, higher-performance while compiling the Intelligent Resolution technology. The triple CPUs in this imaging engine dramatically speeds up processing while achieving exceptional noise reduction performance. With its high-sensitivity CCD and the brightness of the lens, minimum illumination of the LUMIX LX5 is as low as 3 lux while shooting video.

In addition to capturing high-quality still photos, the LUMIX LX5 can record HD videos in AVCHD Lite, a format that allows almost doubling the recording time in HD quality compared with the conventional Motion JPEG format. Creative video shooting modes include Creative Movie mode, where users can set shutter speed and aperture manually to make even more impressive movies. My Color mode and Film mode are available for more extended expression not only in photography but also in videography. The LUMIX LX5 also features Dolby Digital Creator to record high quality audio and the 3.8x optical zoom is available while shooting video.

The LUMIX LX5 has also been redesigned externally — with a thicker grip making it easier to hold and a newly-incorporated turn-and-push jog dial achieves various selection and setting more quickly. The LUMIX LX5 also features a hot shoe, which allows for the attachment of a wide-variety of accessories, such as an optional Live View Finder which helps shooting under strong daylight with high visibility or an external flash. The 1:1 square format setting is added in the aspect ratio option which can be selected with the switch at the side of the lens barrel. 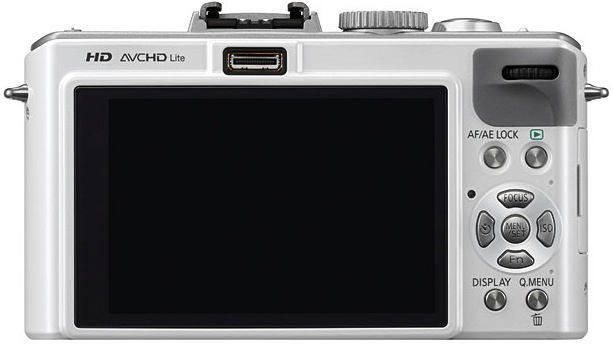 Other features of the Panasonic LUMIX LX5, include: