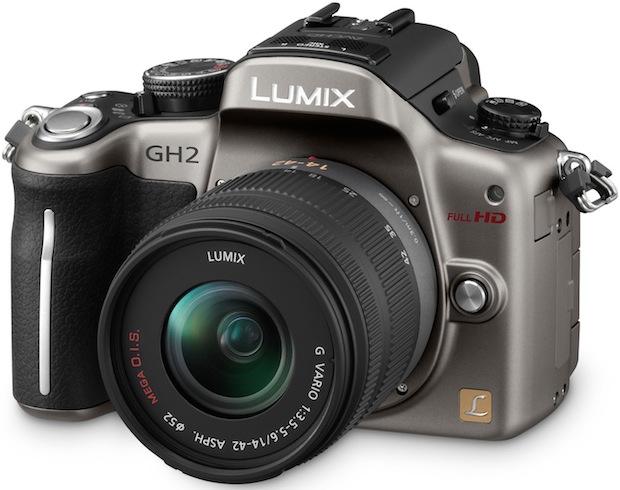 Compatible with the Micro Four Thirds System standard, the lightweight LUMIX GH2 is newly designed with an easy-to-hold grip and includes a refined image processing engine and sensor that delivers fast, sharp photos, full HD video recording, and the ability to take 3D photos with Panasonic's new interchangeable 3D lens. In addition, the intuitive touch-control operation provides ease of use in shooting and playback. 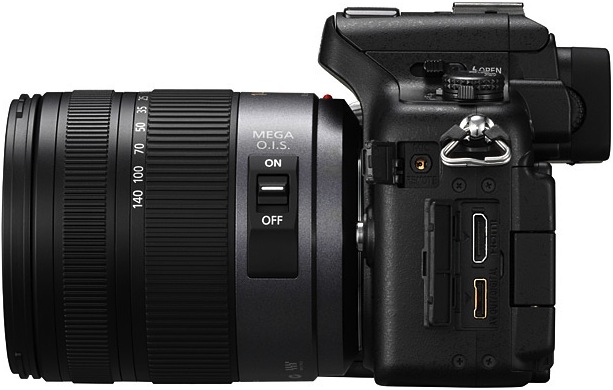 The LUMIX GH2 combines features for both the videographer and photographer, making it a true hybrid digital camera. A dedicated button on the top of the camera lets users instantly record videos while shooting photos without changing any extra settings. Building on the momentum of its successful predecessor, the LUMIX GH1 — the LUMIX GH2 can now record full HD 1920 x 1080 videos in smooth 60i, doubling the sensor output from 25p/24p to 50p/60p2. The camera also supports 1080/24p native mode at 24 Mbps, the highest in AVCHD format, for richly expressive video. Other video features in the LUMIX GH2 include: 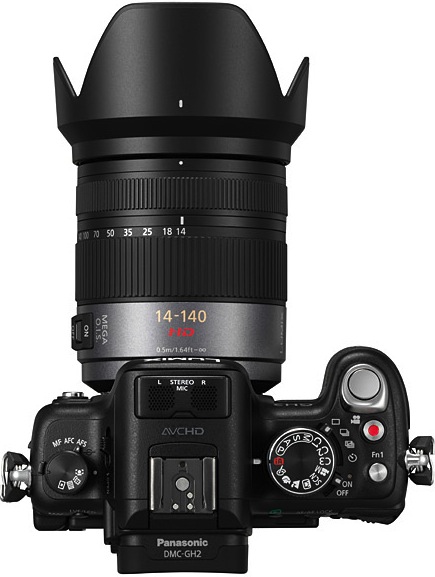 The LUMIX GH2 features intuitive touch-control operation, made popular with the LUMIX G2 for its outstanding usability in shooting and playback. The LUMIX GH2 combines the easy-to-see free-angle Intelligent LCD with the newly developed Multi Aspect Wide Screen LVF (Live View Finder) for more comfortable shooting from any angle.

The LUMIX GH2 includes 22 different shooting modes for creative shooting options. When shooting video, users can choose from ten different modes, including the new Cinema mode, and set the contrast, sharpness and saturation levels for each. For still photos the LUMIX GH2 features the My Color mode with a total of seven preset effects — Expressive, Retro, Pure, Elegant, Monochrome, Dynamic Art, and Silhouette — while also keeping the Custom mode, which lets users manually set the color, brightness and saturation levels and store their favorite settings. With the Full-time Live View function, users can see how these settings will affect the images before they shoot. The LUMIX GH2 also features more shortcut buttons for frequently used settings.

In addition to the advanced functions that will satisfy experienced photographers, the LUMIX GH2 is easy enough for beginners to use comfortably because of Panasonic's iA (Intelligent Auto) mode, a popular setting in the LUMIX point-and-shoots that automatically engages features and settings for optimal image quality by detecting the shooting environment. The LUMIX GH2 features new additions to the iA mode including Intelligent D-range Control for optimized exposure of an image and Intelligent Resolution for better-balanced sharpness in images for printing at larger sizes.

After users capture images using the LUMIX GH2, it's easy for them to enjoy their photos or HD videos easily on a Panasonic VIERA HD television. Simply remove the SD Memory Card from the camera and insert it into the VIERA Image Viewer (SD Memory Card slot) on a VIERA HDTV or Panasonic Blu-ray disc player6 to play the content. Alternatively, an optional mini HDMI cable can be used to output still photos and video recorded with the LUMIX GH2 directly to the Panasonic HDTV via VIERA Link. Using the VIERA HDTV's remote control, users can take advantage of the LUMIX GH2's advanced playback and slideshow features. Photos taken with Panasonic's new interchangeable 3D lens can also be viewed in 3D via the 3D Image Viewer.

In addition to LUMIX G lenses, the LUMIX GH2 and other LUMIX G Series digital cameras can use any interchangeable lens that complies with the Four Thirds System standard via an optional mount adaptor DMW-MA1 and with the prestigious Leica M/R Lenses via DMW-MA2M or MA3R7. Additional accessories include external flashes, filters, a stereo microphone, a remote shutter, HDMI mini cables and a variety of stylish straps and bags. For more information on LUMIX digital cameras and all available accessories, visit: www.panasonic.com/lumix.

The Panasonic LUMIX GH2 will be available in black and silver models in early December in three different kit options for a suggested retail price of: