With the touch-screen operation, users can even snap a photo by touching the LUMIX G2’s screen. Additionally, the touch-screen operation excels not only for shooting but also during playback. Users can touch one thumbnail viewed among many to quickly and easily see the full size of the desired photo. Also, to view images one-by-one, photos can be dragged across the screen to browse as though flipping the pages of a book.

“With the LUMIX G2, Panasonic is pleased to continue to lead the evolution of the Micro Four Thirds platform and also be the first in the industry to offer a touch-screen interchangeable lens system camera,” said David Briganti, Senior Product Manager, Imaging, Panasonic Consumer Electronics Company. “Touch-operation is a user interface with which many consumers are both familiar and expect, and we think the LUMIX G2’s touch-operation makes it easier and quicker to take photos and videos that have professional-like effects.”

Using the touch-screen operation, once a user locks onto a subject, the LUMIX G2 enables AF Tracking and will track the subject as it moves within the frame. Then, with a touch on the screen, users can select the part and the size of AF area with the 1-area AF. The Multi-area AF sets a group of AF points according to the composition. While using the manual focus, users can enlarge a subject by touching it and then choosing to enlarge it by 1x, 5x or 10x and then smoothly moving the part by dragging it on the screen. With this touch operation, menu settings can be changed quickly; cutting the time it takes to navigate using standard cursors. However, all setting changes can still be done using the control pad, if preferred. 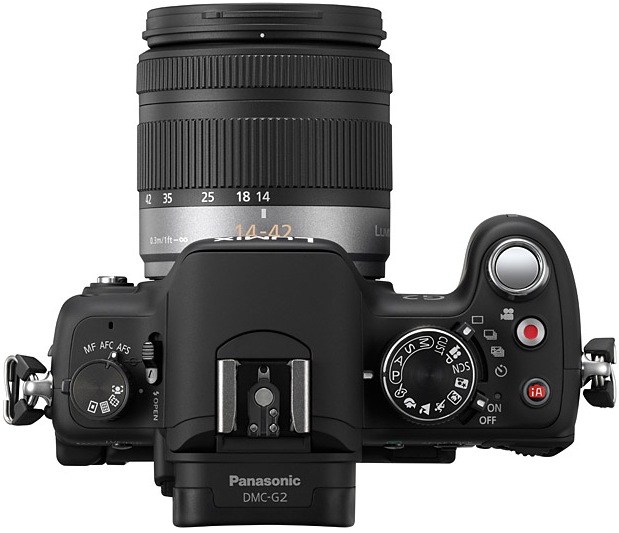 The LUMIX G2 records 1280 x 720 HD videos in the AVCHD Lite format, which increases recording capacity and is highly compatible with audio-visual equipment. With a dedicated video record button, users can easily start recording a video. To complement its high-quality video capabilities, the LUMIX G2 features advanced audio options, as sound is recorded with Dolby Digital Creator and an optional accessory stereo microphone can be attached. A Wind Cut function further enhances the sound as it helps reduce noise caused from background wind.

The 3.0-inch touch-operation LCD has a wide-viewing angle and rotates 180 degrees from side to side and tilts 270 degrees up and down, providing approximately 100% of field of view. This free-angle LCD with a touch-screen operation makes it possible to both view and touch the screen from any angle. The double Live-View function offered by the high-resolution, 460,000-dot free-angle Intelligent LCD and 1,440,000-dot 1.4x (0.7x) Live View Finder allows users to see the settings’ results before pressing the shutter.

The 12.1-megapixel Live MOS sensor featured in the LUMIX G2 offers the best of both worlds — the outstanding image quality of a CCD sensor, and the lower power consumption of a CMOS sensor. Advanced technology enables it to read four channels of data simultaneously, helping the LUMIX G2 to deliver 60 frames-per-second Full-time Live View images, while faithfully reproducing high-resolution images with fine detail and rich gradation. Plus, with the high-speed, high-performance Venus Engine HD II, which has been re-engineered to further improve image quality.

The new high-speed, high-performance Venus Engine HD II supports the new image processing technology Intelligent Resolution, which enables the recording of beautiful photo and HD video with high quality signal processing. With Intelligent Resolution technology, three areas — outlines, detailed texture areas and soft gradation — are automatically detected. The outline parts are enhanced effectively to give edges increased clarity, while simultaneously giving a moderate accentuation to the textured areas so they look finely detailed. For the soft gradation areas, the improved noise reduction system of the Venus Engine HD II is applied to achieve a smoother effect. Apart from the uniform enhancement of sharpness, the innovative technology Intelligent Resolution precisely performs signal processing pixel by pixel in the most effective way, resulting in images that are naturally clear. 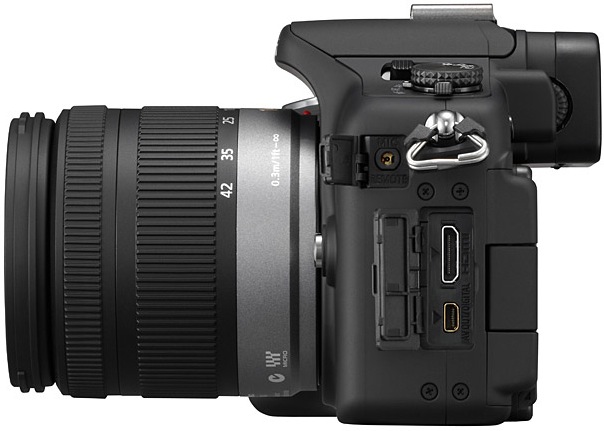 For users looking for additional creative options for both photos and videos, the LUMIX G2 delivers. While shooting HD video, users can set the camera in “P” mode — to change the aperture for professional-like movie effects where the images blur into focus. For still photos, the LUMIX G2 features the My Color mode with a total of seven preset effects — Expressive, Retro, Pure, Elegant, Monochrome, Dynamic Art, and Silhouette while also keeping the Custom mode, which lets users manually set the color, brightness and saturation levels and save their favorite settings into memory.

On the other hand, for beginner users not yet ready for manual modes — the LUMIX G2 features iA (Intelligent Auto), a popular setting in the LUMIX point-and-shoots that automatically engages features and settings for optimal image quality by detecting the shooting environment. Panasonic iA is available in both still photo and video recording settings and a new dedicated iA button, which illuminates in blue when engaged, makes it even easier to use this handy feature.

Other features of the LUMIX G2 include:

The Panasonic LUMIX G2 will come equipped as part of its kit, with the newly announced LUMIX G VARIO 14-42mm/F3.5-5.6 ASPH/MEGA O.I.S. lens. The new lens offers a versatile zoom range of 14-42mm (35mm camera equivalent: 28-84mm), making it suitable for a wide variety of scenes, everything from dynamic landscape to portrait. Additionally, the LUMIX G2 is compatible with all Micro Four Thirds System lenses, allowing users even higher levels of performance in a digital interchangeable lens camera.

The LUMIX DMC-G2 and other LUMIX G Micro System digital cameras can use any interchangeable lens that complies with the Four Thirds standard via an optional mount adaptor DMW-MA1 and with the prestigious Leica M/R Lenses via DMW-MA2M or MA3R. Other accessories include external flashes, filters, a remote shutter, HDMI mini cables and a variety of stylish straps and bags. The Panasonic LUMIX G2 will be available in red, blue and black models by late-May 2010 for $799.95.