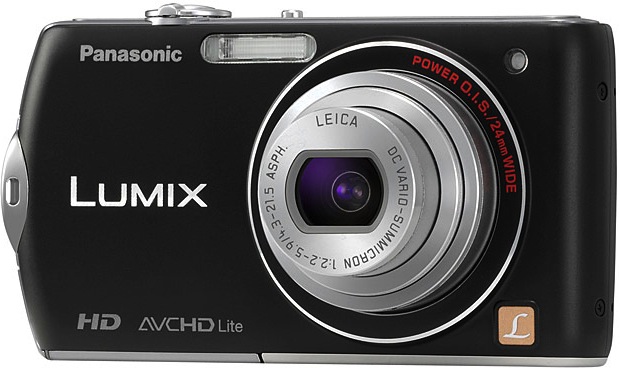 Panasonic announced today the new LUMIX DMC-FX75, a super-slim digital camera that packs big features, including a 24mm ultra-wide-angle F2.2 bright LEICA DC VARIO-SUMMICRON lens with 5x optical zoom, which can be used while shooting High Definition video. The slim and stylish LUMIX FX75, a 14.1-megapixel digital camera is one of Panasonic’s high-performing hybrid models with the ability to not only take high-quality still photos, but can also record HD video in the AVCHD Lite format.

“The Panasonic LUMIX FX75’s 24mm ultra-wide-angle lens is a rare feature to have on a compact camera — especially one this small, so we are packing a lot of value and quality into this slim and stylish digital camera,” said David Briganti, Senior Product Manager, Imaging, Panasonic Consumer Electronics Company. “Most consumers value the benefits of a long zoom, but understanding the importance of a wide-angle isn’t as known. With a 24mm ultra-wide angle like the one on the LUMIX FX75, photographers have a wider range of composition possibilities with approximately 213% larger viewing space compared to that of a 35mm camera.”

The LUMIX FX75 can record HD video in the AVCHD Lite format, which allows almost double the recording time in HD quality compared with the conventional Motion JPEG format. When recording in AVCHD Lite, the content is perfect for viewing on an HDTV, like a Panasonic VIERA Plasma. To complement the high-quality video, the LUMIX FX75 also features Dolby Digital Creator to record high quality audio. For those users who are recording HD video to view on a computer screen, they also have the option to record in Motion JPEG, as well as WVGA (848×480) and VGA (640×480).

The LUMIX FX75 adopts full touch-screen operation, which allows for Auto Focus (AF) to quickly be set to the subject by simply touching the large 3.0-inch 230,000-dot LCD. Also, the user can click onto a subject with a single touch, and the FX75 then tracks the subject with the AF tracking feature — even when moving. The touch-screen operation is fluid and smooth — whether in record or playback mode. While recording, once the frame is composed, users can simply touch the area they want focused before pressing the shutter button. In playback mode, users can drag the image across the screen with their finger to browse the collection of photos, as though it is a page in a book. 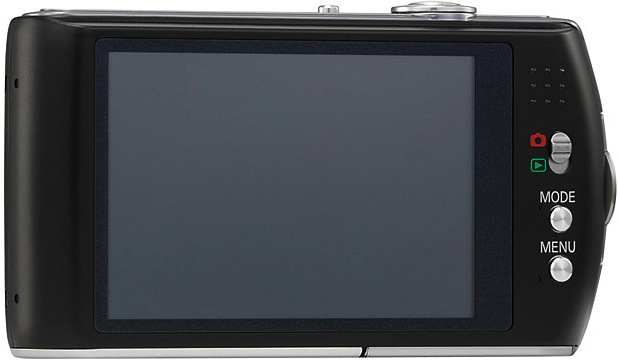 Panasonic’s iA (Intelligent Auto) mode, a hallmark on all LUMIX digital cameras, is further advanced in the LUMIX FX75 with the addition of a new Motion Deblur mode*1 by updating the motion detection (Intelligent ISO Control) and brightness control (Intelligent Exposure) to gain the highest shutter speed possible. Combined with the outstanding brightness of the lens and the POWER O.I.S. (Optical Image Stabilizer), the LUMIX FX75 reduces blur created from handshake or the subject moving. The iA suite of technologies include: POWER O.I.S., Face Recognition, Face Detection, AF Tracking, Intelligent ISO Control, Intelligent Scene Selector and Intelligent Exposure — all which are engaged when in the iA mode. Panasonic’s iA is also available while shooting video and include: AF Tracking, POWER O.I.S., Face Detection and Intelligent Scene Selector.

The Panasonic LUMIX FX75 features the Venus Engine HD II image processor, which helps assure superb image quality in both photo and video recording. It also incorporates Intelligent Resolution technology to perform the optimum signal processing based on the part of a picture to give a whole image outstanding, natural clearness with fine details. At the same time, the multi-task image-processing engine Venus Engine HD II supports a super-fast response time. The shutter release lag time is as short as approximately 0.005 of a second in 1-area AF, and the camera’s quick response makes it easier to capture sudden, spur-of-the-moment photo opportunities together with the Sonic Speed AF.

With the Intelligent Resolution technology, three areas — outlines, detailed texture areas and soft gradation — are examined pixel by pixel and automatically detected to enhance any degradation created during the digital zoom process or in high-sensitivity shooting. The outline areas are enhanced effectively to give the edges more clarity, while simultaneously giving a moderate accent to the textured areas so they look accurately detailed. To soften gradation areas, such as a face, the increased noise reduction system of the Venus Engine HD II is applied to make it appear smoother. As a result of Intelligent Resolution, images are naturally clear and crisp in both photo and video recording. The Intelligent Resolution technology powers Panasonic’s new Intelligent Zoom feature, which extends the camera’s zoom ratio by approximately 1.3x while maintaining picture quality — and enhancing the digital zoom and making it comparable to the quality of an optical zoom. With Intelligent Zoom, the Panasonic FX75 can reach up to 6.5x.

Pricing and availability for the Panasonic LUMIX DMC-FX75 will be announced 30 days prior to shipping date.