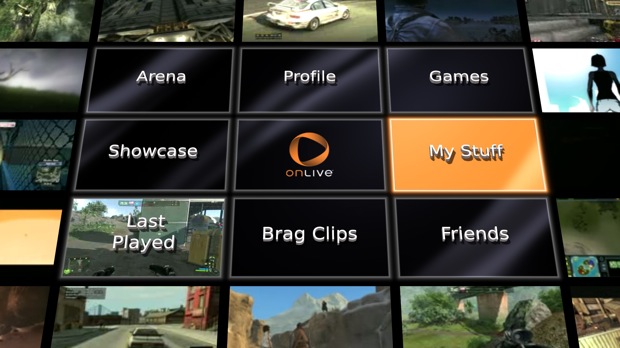 OnLive, Inc., the pioneer of the on demand era of video games, will emerge tonight from seven years of stealth development within the Rearden incubator to unveil The OnLive Game Service and OnLive MicroConsole™ at the 2009 Game Developers Conference. OnLive is a revolutionary, on demand video game platform delivering the latest and most advanced games instantly, on any TV via a sleek, inexpensive MicroConsole, or on almost any PC or Mac. OnLive is supported by many of the top names in the video games industry including Electronic Arts, Ubisoft, Take-Two Interactive Software, Warner Bros. Interactive Entertainment, THQ Inc., Epic Games, Eidos, Atari Interactive and Codemasters.

Instant, High-performance Gameplay
“OnLive is the most powerful game system in the world. No high-end hardware, no upgrades, no endless downloads, no discs, no recalls, no obsolescence,” said Steve Perlman, Founder and CEO of OnLive. “With OnLive, your video game experience is always state-of-the-art.”

Designed for gamers of all skills and ages, the OnLive Game Service is easy to use. The elegantly designed OnLive MicroConsole–about as small as a deck of cards–easily connects any TV and home broadband connection to the OnLive Game Service and is operated by an OnLive wireless controller. Gamers can enjoy the same experience on almost any Internet-connected PC or Mac via a small browser plug-in from OnLive.com–even entry-level computers will play the highest performance games. Whether on TV, PC or Mac, OnLive provides instant access to the most advanced games in the world, solo and multiplayer. 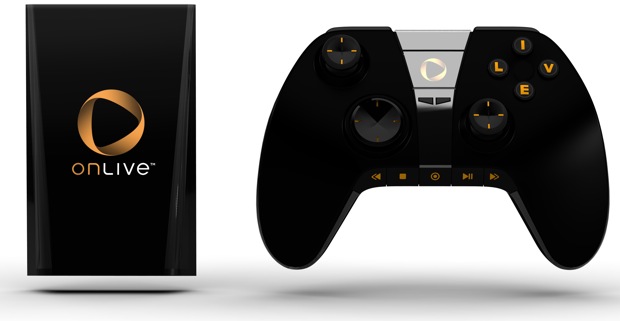 “OnLive combines the successful components of video games, online distribution and social networking into one affordable, flexible platform that offers a new way for game fans to access and enjoy content,” said Mike McGarvey, COO of OnLive. “By substantially lowering the barriers between content and consumers, OnLive has created an environment that is highly beneficial for every facet of the video game ecosystem. With OnLive, gamers can play what they want, when they want, how they want. That level of freedom has never been possible until now.”

Vibrant Community on a Massive Scale
The OnLive Game Service supports a live community of unprecedented scale. A revolutionary user interface allows video game fans to watch thousands of live games in action, join in at any point, share their exploits with friends through social networking tools, or make Brag Clips™ that showcase their skills. With OnLive, gamers have immediate access to demos and can instantly try, buy and play top-tier games, whether playing solo or with friends.

Benefiting the Game Ecosystem
“With OnLive we’ve cleared the last remaining hurdle for the video games industry: effective online distribution,” said Steve Perlman, Founder and CEO of OnLive. “By putting the value back into the games themselves and removing the reliance on expensive, short-lived hardware, we are dramatically shifting the economics of the industry. Delivering games instantly to the digital living room is the promise game fans have been waiting for and OnLive makes that promise a reality that’s affordable, flexible and focused on their individual needs.”

OnLive offers significant benefits to publishers and developers. It costs far less to develop a game for OnLive, and the economics are far more efficient than retail or download distribution models. It typically only takes a few weeks to extend an existing version of a game to work on the OnLive service, so there is little cost incurred by developers and publishers to support the OnLive platform.

Through a partnership with Epic Games, an industry leading developer of triple-A games and cross-platform game engine technology, the award-winning Unreal Engine 3 is compatible with the OnLive platform. Games leveraging the cutting-edge technology and versatility of the Unreal Engine will easily run on the OnLive service.

Coming Soon…
The OnLive Game Service will be offered through a monthly subscription in Winter 2009. OnLive will be available in a variety of different pricing packages and tiers, competitively priced to retail.

About OnLive
OnLive is the pioneer of on demand game services, delivering real-time interactive experiences and rich media through the Internet. Today, OnLive is developing solutions and services specifically for the video games industry, with the world’s first video game on demand platform, the OnLive Game Service, launching later this year. With groundbreaking, patent-pending video compression technology, OnLive harnesses cloud computing to provide the power and intelligence needed to instantly deliver the latest, high-end games titles directly to TVs via a sleek, inexpensive MicroConsole, or on PCs and Macs. Founded by noted technology entrepreneur Steve Perlman (WebTV, QuickTime), and spun out of Rearden, the media and technology incubator behind MOVA, Ice Blink Studios and Moxi, OnLive spent seven years in stealth development before officially launching in March 2009. OnLive technology is backed by over 100 patents and patents pending. The company is headquartered in Palo Alto, CA. OnLive investors include Warner Bros., Autodesk and Maverick Capital. MOVA is a wholly owned subsidiary of OnLive. More information is available at www.OnLive.com.

OnLive, Brag Clips, MicroConsole, MOVA, and Contour are trademarks or registered trademarks of OnLive, Inc. All other trademarks are the property of their respective owners and are used by permission.