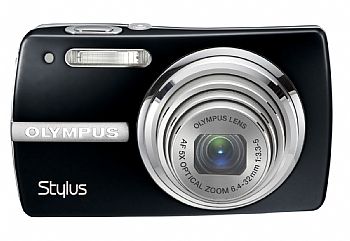 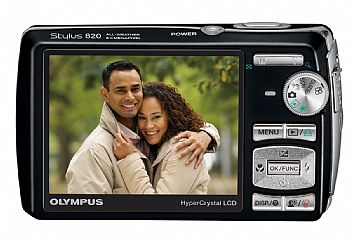 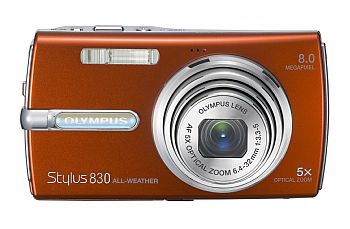 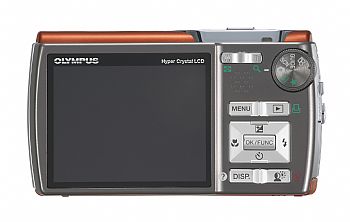 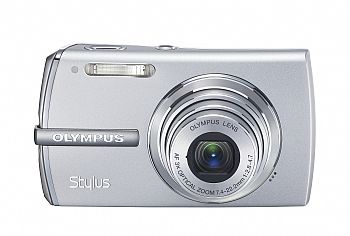 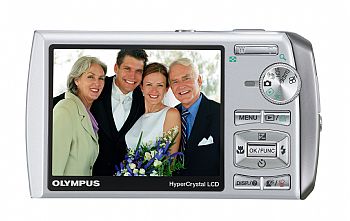 Olympus proudly announces the newest additions to its Stylus family of sleek All-Weather digital compact cameras – the Stylus 820, Stylus 830 and Stylus 1200 – which combine elegant design with power, performance and reliability.

Consumers are able to be a part of the action while capturing beautiful images thanks to the superior features offered in the Stylus 820, Stylus 830 and Stylus 1200. These features include Face Detection Technology, Shadow Adjustment Technology, Perfect Shot Preview, Image Stabilization, large HyperCrystal™ LCD screens and Preset Shooting Modes. The three new Stylus cameras also enable consumers to capture TV-quality video with sound, and the cameras easily connect directly to a television or LCD screen for convenient playback.

The Stylus 820 and 1200 feature a 2.7-inch HyperCrystal LCD, which is great for easily composing, editing and sharing images with friends and family. Additionally, capturing breathtaking landscapes is a snap with the in-camera panorama mode offered in the Stylus 820 and Stylus 1200. The Stylus 1200 also provides an incredible 12-megapixels for maximum image quality when producing large-format prints or cropping/enlarging a portion of an image.

Large HyperCrystal LCD
The Stylus 830 boasts a large, high-resolution 2.5-inch HyperCrystal LCD with high contrast and anti-glare technology for clear visibility, even when composing pictures in bright sunlight. The Stylus 820 and 1200 feature an even larger 2.7-inch HyperCrystal LCD. Images are viewable on the LCD screen from 176-degrees, so photos can be composed from a range of angles and viewed by several people at once.

Shadow Adjustment Technology
Shooting outdoors in bright daylight can be tricky because of the extreme contrast between dark shadowed areas and bright sunlight areas – while the human eye is capable of detecting the nuances between dark and light and all the details in between, image sensors traditionally have not been quite as sensitive. The Stylus cameras address this challenge head-on with a new Shadow Adjustment Technology, which compensates for extreme contrast where the shadow areas are underexposed and lack visible detail. With the new technology, users can preview and capture images that have the same contrast as seen with the naked eye.

Millions of Pixels for Superior Image Quality
The 8-megapixel CCD image sensor inside the Stylus 820 and Stylus 830 delivers high-quality images that are consistently sharp and vivid even when printed in large formats. The Stylus 1200 offers a 12-megapixel image sensor – perfect for creating huge, poster-size enlargements.

Perfect Shot Preview
The Stylus 820, Stylus 830 and Stylus 1200 feature a Perfect Shot Preview mode that enables users to preview and select various photographic effects on a live, multi-window screen before snapping the shot. The new feature allows users to see precisely what the image will look like when adjustments are made, ensuring users are capturing the exact image they want. It is an ideal way for novice users to learn about the effects of different photography techniques, such as zoom, exposure compensation, white balance and metering.

In-Camera Panorama
The Stylus 820 and 1200 feature the new in-camera panoramic photo shooting capability, which captures three images and stitches them together to create one amazing panoramic picture. Users can easily do this by pressing the shutter button and slowly panning across a panoramic scene. The second and third images will be automatically captured and stitched together with the first image – resulting in one panoramic-size picture. To create the ultimate panoramic picture, consumers can use the Olympus Master Software 2 to stitch up to 10 images together to produce an even larger panoramic image.

Bright Capture Technology for Easy Low-Light Photography
There are times when a photographic opportunity is best captured with ambient light (e.g., when trying to capture the softness and warmth of a candlelit dinner or natural skin tones in subdued lighting). Olympus’ Bright Capture Technology makes it possible to clearly compose and capture subjects on the LCD in low light. Specific scene modes for high sensitivity settings and rapid auto-focus enable even fast-action photos to be captured with low levels of available light. Plus, Bright Capture Movie lets consumers record the moments in the dark even after the candles are blown out!

In-Camera Editing
With the new Perfect Fix, multiple editing features can be applied at once. The Stylus 820, Stylus 830 and Stylus 1200 feature Red-Eye Fix and Lighting Fix. The Stylus 820 and 1200 also include Digital Image Stabilization Edit and other in-camera editing features such as (red-eye fix) resizing, frames, text options, color brightness and saturation adjustments enable users to edit photos right in the camera.

OLYMPUS Master™ 2 Software
OLYMPUS Master™ 2 Software provides the ultimate in digital imaging management. An intuitive user interface makes downloading to your computer quick and simple, and images are easily organized by folders or albums and searchable by date in Calendar view. Additionally, with one-click editing tools, such as red-eye removal, images can be touched up before printing or e-mailing. Online support, templates, firmware upgrades and other user services are just a mouse-click away. Use the optional muvee™ Theater Pack to create professional quality slide shows and DVDs from your pictures using any of several built-in templates.

Olympus Premium Cases
Olympus also offers premium cases in a variety of colors, including camel and red leather, and a sporty neoprene case perfect for active or outdoor situations.