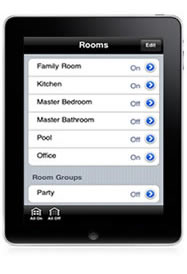 With its multi-zone audio control, GX digital entertainment systems can play back internet radio, music stored on the unit, or on an iPod in multiple rooms. It can also perform muti-zone audio functions while simultaneously recording 4 HD programs or playing Blu-ray movies in another room in digital 7.1 True-HD Audio.

Below are features available with the new 2010 GX line of OMS Digital Entertainment Systems:

OMS Trade-in/Upgrade Program
Okoro Media Systems is now extending the opportunity for existing customers to trade in or upgrade their current system for a next generation machine. The upgrade offer for OMS customers will be available through July 31st, 2010.