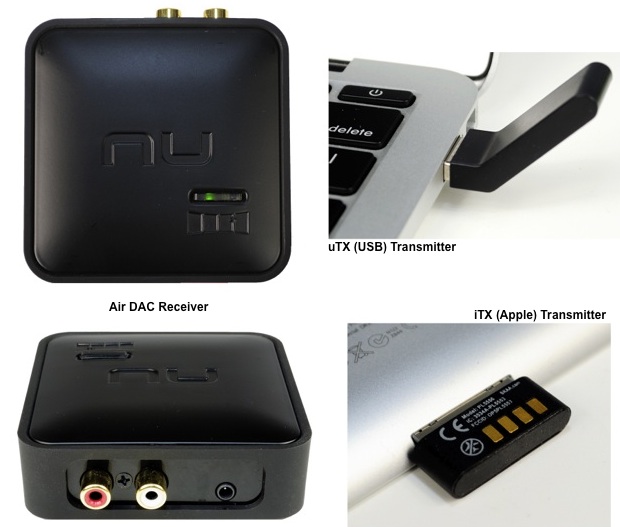 NuForce announced the Air DAC Wireless System for personal audio streaming, that gives users the ability to wirelessly transmit their music from a computer or Apple device without latency and interference, while preserving CD-quality sound.

The Air DAC wireless system is a combination wireless transmitter (NuForce iTX for Apple devices or uTX for computer USB) and a radio receiver (Air DAC) that operates in the 2.4GHz radio band. The NuForce Air DAC wireless receiver and any device outfitted with an appropriate matching TX transmitter can be combined to form a wireless audio network.

The NuForce wireless transmitter and receiver set not only permits users to get exceptional wireless sound, it also allows users to send it to multiple devices in just about any room in the house. Each transmitter can send audio to four receivers, and each receiver can connect to as many as four transmitters.

The Air DAC Receiver utilizes a premium quality Digital-to-Analog Converter (DAC) stage and is based on a new wireless technology known as SKAA, which provides easy setup.

Unlike similar devices, the Air DAC and associated TX transmitters do not experience the typical loss in sound quality or interference capability of cell phones and other wireless devices. Rather, they offer CD-quality sound, virtually no latency, a 15-30 meter range, and a spread-spectrum technology that detects and chooses from among available frequency spectrums in order to avoid interference.

Setup doesn’t require Wi-Fi routers or IP addresses, making setup a hassle-free experience. Just plug in the appropriate wireless transmitter into and link the device wirelessly to multiple amplifier/speaker systems located throughout your home. Then simply walk into any room with your portable player and the system automatically locks on to its signal and streams the music to the speakers in that space. Move to the next room and stream music from the same device to that room’s receiver. Wherever you roam in your home or office, your music is with you. (iTX for Apple devices will be available in the near future)

Air DAC uWireless System
The NuForce uTX Transmitter plugs into your computer’s USB port and then sends the digital audio data to the Air DAC receiver. The uTX has a wireless range of approximately 15-30 meters. 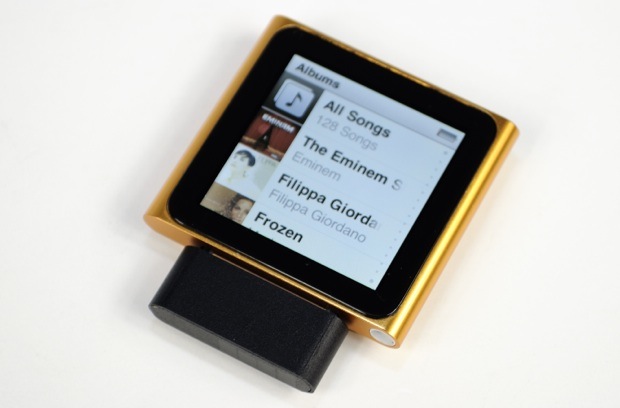 Air DAC iWireless System
The NuForce iTX Transmitter is a small dongle that is plugged into your Apple device using the 30-pin dock connector. The dongle then sends the signal to the Air DAC Receiver. The iTX has a wireless range of 10-20 meters.