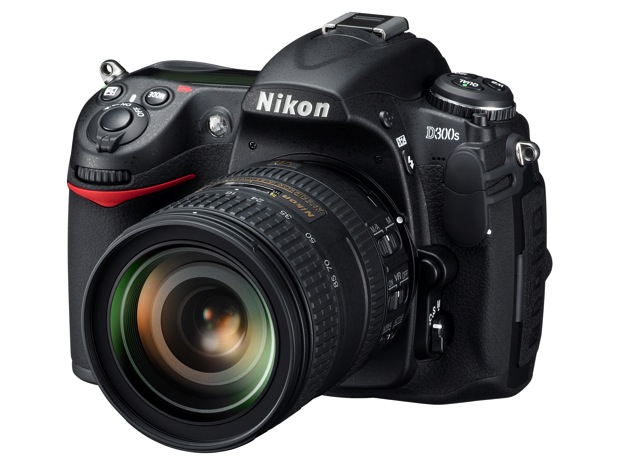 Revitalizes the Standard and Measure of Agile, Pro-level DX-format D-SLR Design and Performance

The D300s retains the photographer-friendly features of the critically acclaimed D300, while enhancing speed, versatility, and agility of the DX-format for a wide variety of photographers, including advanced enthusiasts, wedding shooters and photojournalists. The D300s can record HD video clips and high fidelity audio with an external stereo microphone input, offering users a D-SLR with full multimedia capabilities. Dual card slots afford users the ability to seamlessly record stills and video to one CompactFlash™ (CF) and one Secure Digital™ (SD) card separately, while one-button Live View, a new Quiet Shutter Release mode and Active D-Lighting bracketing help users to capture stunning images like never before.

“Today’s photographer demands excellence and value from high-performance digital SLRs — and the Nikon D300s delivers,” said Edward Fasano, general manager for Marketing, SLR System Products at Nikon, Inc. “It’s no secret that more photographers need to gather multimedia content. In addition to proven technologies, such as the 51-point autofocus (AF) system and 12.3-megapixel CMOS sensor, we are more than confident that the D300s’ HD movie mode, along with a host of additional performance enhancements, will broaden the appeal of the camera to those seeking exceptional still image quality and video versatility.”

The Benchmark of Speed, Performance and Reliability
Whether on the front lines of spot news or behind the scenes at a spring wedding, users of the D300s can record HD video clips at 720p resolution with a smooth cinematic 24 fps rate. In addition, the D300s also records high fidelity audio–either with the convenient built-in microphone or by using the external stereo microphone input. Photographers can trim video length on the fly and apply Picture Controls to video, modifying the tone and color. Additionally, users can autofocus while recording video, using contrast detect AF, and do so while composing on the D300s’ bright three-inch 920,000-dot LCD screen. 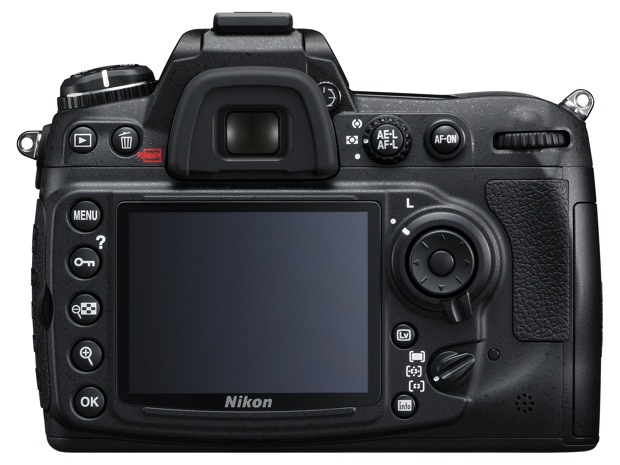 The renowned 12.3-megapixel DX-format CMOS image sensor in the D300s delivers extraordinary image quality and low noise throughout the entire ISO sensitivity range from 200 to 3200 (Lo-1 at 100 and 6400 at Hi-1). The D300s captures image data using 14 bit A/D conversion, processed through a 16-bit pipeline for optimal performance, resulting in images with sharp details and smooth tonal gradations.

The D300s also incorporates Nikon’s exclusive EXPEED™ image processing. EXPEED image processing uses an accumulation of sophisticated Nikon intelligence and technologies to ensure impeccable quality for both still images and movies, while also achieving high-speed processing and low power consumption. When using the included EN-EL3e Li-Ion rechargeable battery, photographers can achieve as many as 950 shots under normal shooting conditions. The optional Multi-Power Battery Pack MB-D10 extends shooting comfort and supports three types of batteries: R6/AA-size batteries, along with Nikon’s Rechargeable Li-ion Battery EN-EL3e and the EN-EL4a Rechargeable Li-ion Battery. It combines added stability with extended shooting of up to 2,950 shots1 per charge and enables faster high-speed continuous shooting at up to 8 fps2.

The reinforced magnesium alloy body is lightweight, ruggedly constructed and comprehensively sealed and gasketed against the elements at key points, and the shutter has been proven to a demanding 150,000 cycles. Additionally, the D300s employs the Integrated Dust Reduction System countermeasures that combat the accumulation of image-degrading particles on the optical low-pass filter.

World Class Versatility
With the D300s, Nikon introduces the ability to bracket Active D-Lighting (ADL). By localizing tone control, ADL restores shadow and highlight detail typically lost in high contrast situations, such as backlit subjects or while outdoors with strong sunlight. ADL bracketing provides users with the ability to bracket up to five frames of ADL strength to help ensure perfect contrast throughout the frame, putting an end to the guesswork behind the shot with a bride’s intricate white dress and a groom’s tuxedo in the same frame, for example.

Additionally, the D300s features two memory card slots–one CF and one SD, used simultaneously in a variety of configurations to match users’ preferences. Among the many options available, stills and video can record to separate cards or slots can be assigned for JPEG and RAW recording. The D300s offers “overflow” or “backup” modes, and when shooting D-Movie clips, it allows you to select the slot containing the card with the most available capacity. Users can also copy and paste files between cards.

Also added to the D300s is a Quiet Shutter Release mode, which substantially reduces the sound of the mirror while shooting. Quickly accessed by selecting “Q” on the release mode dial, this feature is ideal for the photographer who wishes to remain unobtrusive. 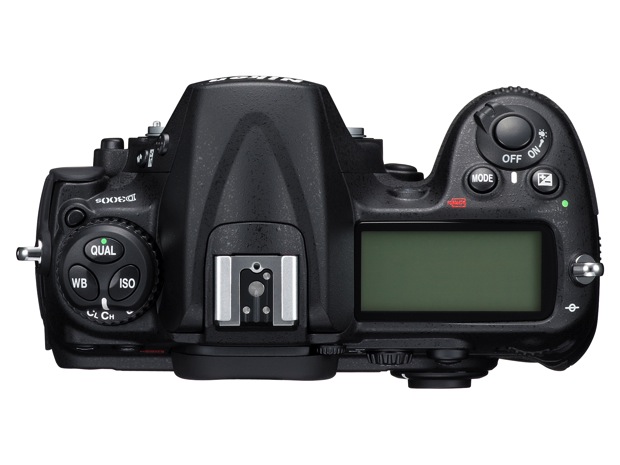 To further expand versatility, users have the ability to fine tune their images using Nikon’s Picture Controls to adjust sharpening, brightness, contrast and color hue. The D300s offers users four presets including Standard, Neutral, Vivid and Monochrome; while Landscape and Portrait settings can be downloaded from the Nikon website. While the D300s offers a versatile built-in flash with wider coverage for a 16mm lens, the camera is also compatible with Nikon’s Creative Lighting System and is capable of controlling up to two groups of remote units as a master / commander for Advanced Wireless Lighting.

Price and Availability
The Nikon D300s camera body will be available at Nikon Authorized dealers beginning in late August 2009 at an estimated selling price of $1799.95.**