Craig comes to Anchor Bay from Core Networks, Inc. where he was CEO of this privately held company supplying call center management software to the cable and telecommunications markets. He guided the company to a successful sale to Support Soft, Inc. in 2004. As CEO, he successfully led the strategic and financial development and product direction for Core Networks before the company was sold.

Prior to Core Networks Soderquist served as President and CEO of Com21 — a public company that designs and manufactures cable modems and other broadband internet access equipment for cable television operators and service providers. He successfully led that company in a financial and strategic turnaround.

“Craig is a seasoned executive with a wealth of experience growing companies in the professional and consumer video marketplaces. He has an impressive history in driving outstanding operating performance, delivering world-class products, and leading global business initiatives that will translate into significant growth for Anchor Bay,” stated Anchor Bay’s newly named VP/GM of DVDO Systems, Doug Fealtman. “Craig has the vision to bridge DVDO and Anchor Bay to maximize their success in the highly competitive digital television and video processing marketplace.”

“I’m very excited to work with the excellent team here at Anchor Bay Technologies,” stated Soderquist. “Having examined the track record of the management team and the tremendous portfolio of technologies targeting the rapidly growing digital television marketplace, it is apparent that this company has the potential for tremendous market growth. I look forward to leading the charge in continuing to build an industry leading video processing company.”

Soderquist holds a BSEE degree from South Dakota School of Mines and Technology and a Masters Degree in Telecommunication Business Management from the University of Colorado.

Anchor Bay Technologies was started by the former founding team of DVDO Inc., the original creators of the first DVDO iScan Plus Progressive Scan Display Interface, which revolutionized the home theater video line doubler market. When Silicon Image, Inc. acquired DVDO in 2000, the brand continued to grow, with the help of the original team. In April 2003, Anchor Bay Technologies reacquired the DVDO brand and product line from Silicon Image, and continues to develop innovative new systems technologies and products for today’s digital media. In addition, Anchor Bay has harnessed those technologies into affordable semiconductors marketed under the “Powered by ABT” and “Video Reference Series” (VRS) brands. With recent design wins from companies such as Yamaha, JVC, Toshiba and TEAC ESOTERIC, Anchor Bay is experiencing tremendous growth as its reputation for delivering exceptional video quality in affordable, easy to implement packages, continues to take the digital entertainment market by storm.

Anchor Bay Technologies Inc. (ABT) designs, manufactures, and markets semiconductor and system-level solutions for the next generation of Digital Television and Digital Video electronic products. Headquartered in Campbell, California, Anchor Bay is the parent to DVDO Home Theater Products and the creator of the proprietary DVDO iScan line of video processing systems. Anchor Bay Technologies’ Precision Video Scaling technology is based on ABT’s proprietary video scaling engine that can independently scale an image horizontally and vertically to achieve an outstanding picture quality for today’s high resolution video displays. 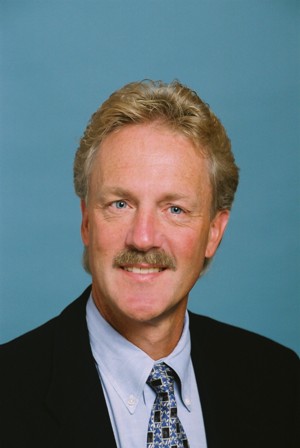