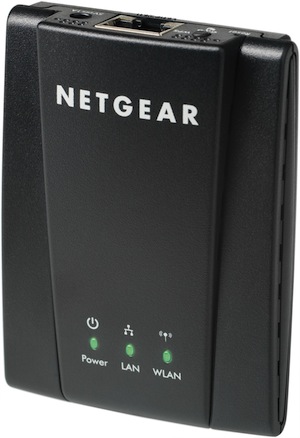 The first of its kind, the adapter is the only affordable solution in a small form factor that delivers optimal Wireless-N performance and works universally with any Ethernet-enabled CE device. This saves consumers from the confusion and expense of purchasing separate WiFi USB adapters for each CE device in their home theater.

The Universal WiFi Internet Adapter is powered by the USB port, avoiding the need for a long wire to the power outlet and making it more visually pleasing in the already congested home theater environment. With NETGEAR Push ‘N’ Connect technology and CD-less set-up, it is truly a plug and play experience.

Pricing and Availability
The Universal WiFi Internet Adapter for Home Theater Devices and Gaming Consoles (WNCE2001) will be available in May at an MSRP in the U.S. of $79.