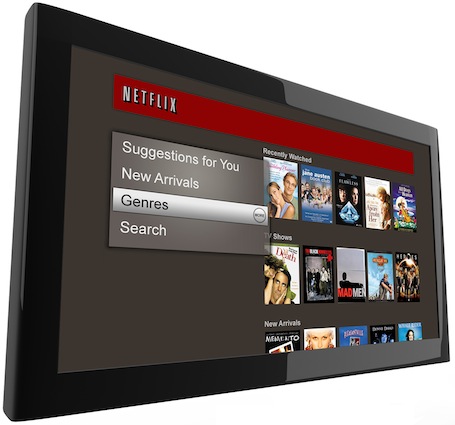 For $7.99 a Month, Canadians Can Instantly Watch Unlimited Movies and TV Shows Streamed from Netflix to TVs and Computers

Netflix, Inc. today launched in Canada with an offering that allows Canadians to instantly watch unlimited movies and TV episodes streamed from Netflix to TVs and computers for only $7.99 a month. The Canadian introduction marks the first availability of the Netflix service outside the United States.

Canadians can immediately begin a free, one-month trial — or learn more about Netflix — by going to www.netflix.ca.

Canadian Netflix members can choose from thousands of movies and TV episodes, including feature films, popular TV series, independent cinema, documentaries, foreign language movies, and kids' programming. Choices are instantly streamed to TVs and computers via a broadband Internet connection — and members can watch as much as they want, whenever they want.

A range of leading devices that stream from Netflix
A number of consumer electronics devices available in Canada are capable of streaming instantly from Netflix right to TVs. Nintendo's Wii home console and Sony's PlayStation®3 (PS3) system can stream from Netflix now, and later this fall Microsoft's Xbox 360 is set to join the Netflix streaming ranks here. The installed base of the three leading consoles in Canada is approximately six million units.

In addition, iPhone, iPad and iPod touch can now stream from Netflix in Canada, as can Blu-ray disc players from Samsung and Toshiba. Movies and TV shows streamed from Netflix can also be watched instantly on PCs and Macs. Over time, more devices capable of streaming from Netflix are expected to be added in Canada, including Blu-ray disc players from VIZIO and Insignia (the latter available exclusively at Best Buy and Futureshop), Internet TVs from Samsung and the recently retuned Apple TV when it is introduced here.

The Netflix Canadian service will initially be available in English only, but the company said it expects to add French language capability over time. 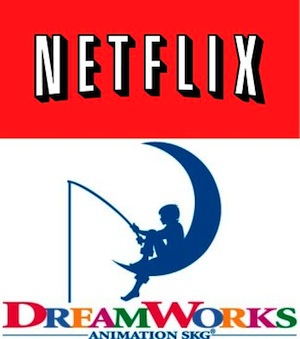