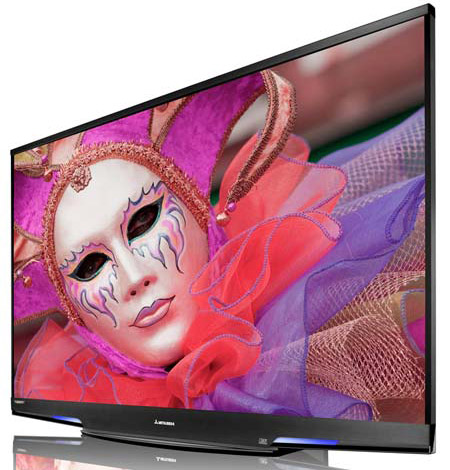 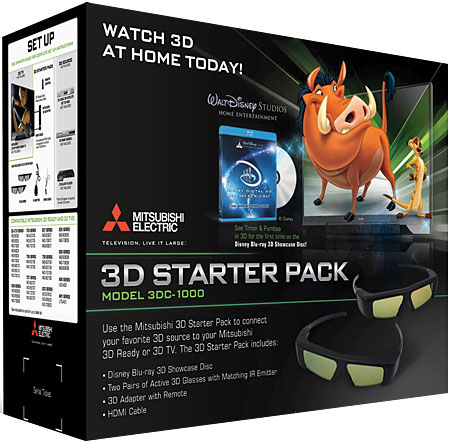 Mitsubishi's newest revolutionary laser-driven TV expands on the unparalleled features and benefits of its 65-inch predecessor, by adding a first-ever Cinema Color mode and StreamTV internet media. The precision and clarity of laser light enables the new 75-inch LaserVue TV to be an ultra eco-friendly TV, measuring over 50 percent better than Energy Star qualifications. In addition, LaserVue continues to feature 3D-ready capability, providing a theater-like, immersive 3D viewing experience in the home.

“With the growing availability of theatrical and broadcast 3D content, Mitsubishi large-screen 3D DLP Home Cinema TVs and LaserVue TVs are in high demand,” said Max Wasinger, executive vice president of sales and marketing, Mitsubishi Digital Electronics America. “Consumers want to immerse themselves in movies, games and sports in 3D, and with the introduction and retail availability of our new 3D Starter Pack, we've now made that possible.” 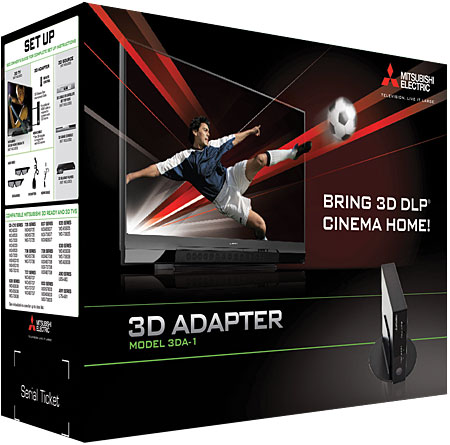 The 3D Adapter within the 3D Starter Pack was initially announced at the Consumer Electronics Show in Las Vegas in January, and has had a model number change to 3DA-1. Now available, the 3D Adapter will convert side-by-side, top-bottom, and frame-packing 3D signal formats as prescribed by HDMI 1.4a for display on all 3D-ready and 3D DLP Home Cinema TVs.* The 3D Adapter will support Mitsubishi 3D-ready DLP TVs shipped since 2007, as well as this year's 638 series of 3D- ready DLP Home Cinema TVs and new LaserVue 3D-ready TVs. Mitsubishi is planning to provide 3D signal format upgrades for both the 738 and 838 series of its 3D DLP Home Cinema TVs by late summer 2010 to update these models to meet the 3D requirements of HDMI 1.4a. 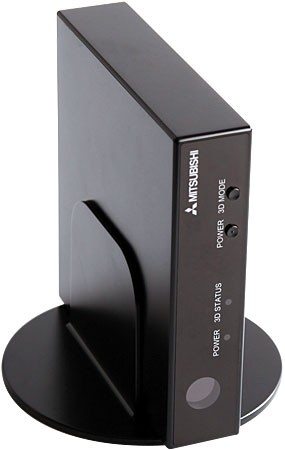 Mitsubishi 75 inch LaserVue and 3D DLP Home Cinema TVs are offered in some of the largest screen sizes available today, including 60-, 65-, 73- and a mammoth 82-inch, which provides more than three times the picture area of a 46-inch TV.

“3D at the cinema is large, immersive entertainment, and the optimal way to replicate that experience in the home is with Mitsubishi's mammoth LaserVue and 3D DLP Home Cinema TVs,” said Frank DeMartin, vice president of marketing, Mitsubishi Digital Electronics America. “We have one of the largest 3D TVs at 82-inches, and now with the addition of our new 75-inch 3D-ready LaserVue TV with Cinema Color, Mitsubishi 3D TV owners can now feel fully immersed in their favorite 3D movies, 3D games and 3D broadcasts at home.”

The new 2010 LaserVue TV is all screen, with just a sliver of border around the edges, delivering a fully-immersive home entertainment experience.