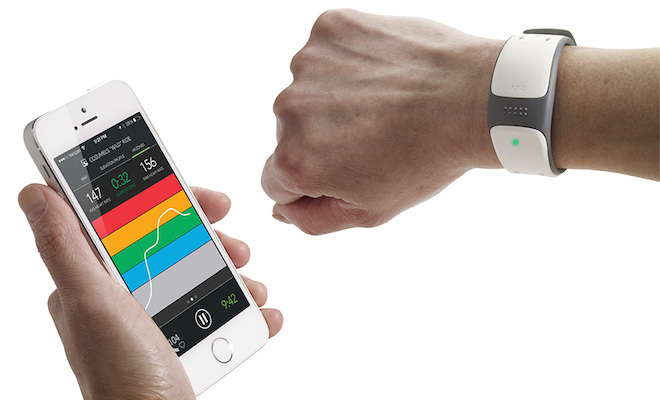 Mio Global just released the a new heart rate monitoring wristband called Mio LINK. The band is designed for runners and cyclists as an alternative for uncomfortable chest straps. Mio LINK works with Bluetooth Smart (4.0) and ANT+ to transmit heart rate data to popular fitness apps, select GPS watches, cycle computers and other sport devices. Mio LINK features colored LEDs that signal the athlete’s heart rate zones as he or she is wearing it during a workout.

Mio Continuous Technology is featured in both the new Mio LINK, as well as the award-winning Mio ALPHA. This patented technology reads EKG-accurate heart rate data accurately at any speed. LEDs are integrated into the back plate of the wristband or watch, shining light into the skin, which then enables the electro-optical cell to detect the pulsing volume of blood flow measuring the heart rate in real time. Sophisticated algorithms are applied to the pulse signal to accurately track the heart rate compensating for the disturbance of other signals generated by movement.

Price and Availability
The Mio LINK Heart Rate Wristband is now available for $99 in arctic or slate colors.