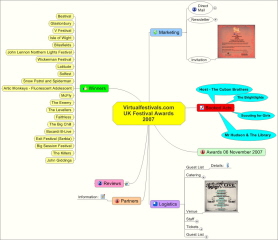 Back in 1999 whilst the world was on the cusp of the internet revolution, a 23 year old Steve Jenner saw an opportunity to consolidate the fragmented elements of the musical festival scene in a single online destination. The result was Virtualfestivals.com. What started as a hobby in his bedroom has since grown into a market-leading, content-led, online social network with over 1.6 million active users per year.

For the enthusiast, the Virtual Festivals website extends an event’s lifecycle from a few days in the field to 365 days a year. Fans can log-on to get comprehensive news and information about any of the 450 events that take place in the UK each year and purchase tickets, tents, travel and the customary t-shirt. They can meet others planning to attend the same events and share tips and advice or simply just make new friends. After the event, attendees can upload their own experiences and memories, from photos and videos captured on their phones to written reviews and blogs. They can also rate and evaluate every aspect of the event, empowering festival fans to mould the future of the rapidly changing offline environment, in accordance with their preferences.

The business — and the team behind it — is currently facing a quantum leap of expansion, as it seeks to export the model to overseas markets. At any one time, in any one territory, the team can be handling six or seven projects simultaneously; ranging from planning, through to sponsorship, technical development, season scheduling and editorial, which encompasses news and reviews.

Underpinning the business structures involved in this exponential growth is Mindjet’s MindManager, a tool which has been adopted to streamline the increasing co-ordination required. Prior to its acquisition, the relentless volume of work and planning was giving Steve sleepless nights as he struggled to keep on top of all this work and planning. Since using MindManager, the workflow has been transformed into one which is both manageable and much less stressful. Mind maps now coordinate Steve’s life — both professionally and personally. With regard to Virtualfestivals.com, MindManager allows him to project manage his entire business effectively: all BAU processes are plotted on a master map and linking into this are individual team member maps — all of which, Steve can monitor and supervise at a glance.

These enhanced collaboration techniques that the application offers has propagated a return of investment that Steve didn’t initially foresee. ‘The time savings are huge and this has led to an increase of productivity of approximately 50%.’ Not only is Steve able to coordinate his business practices effectively, he can now visualise all projects in one map. This allows for better strategic positioning and future preparations. In addition, MindManager has been used to overhaul the website — the focal point of the business.

More recently, MindManager was used to plan out the UK Festival Awards (Virtual Festivals’ industruy awards ceremony), a lavish affair held at Camden’s KoKo club that consolidated the company’s position and relevance on the music scene. Celebrating the best of the music festival scene, 92,000 people voted in 21 different categories and championed the Isle of Wight as Best Major Festival, The Killers as best headliners and Big Chill for having the cleanest toilets.

In addition to coordinating the offline section of the online voting, MindManager’s functionality streamlined the whole event management process. From booking acts, planning the format of the event, dealing with the catering, sorting out the guest list, charting the table plan, securing the venue and meeting all corresponding deadlines, the software fostered a harmony and fluidity that had been absent in previous years.

As Virtualfestivals grows, the use of MindManager is set to mature alongside it. The music festival scene is currently booming with Europe beginning to eclipse the UK in terms of growth. ‘I’m excited about the opportunities that MindManager offers,’ Steve says, as he envisions a not-too-distant future where virtual collaborations between festival correspondents in the field and office workers to combine as one. 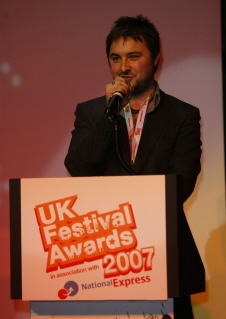 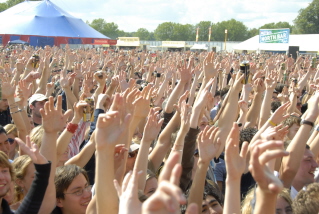