Enjoy Wireless Control and Streaming of Audio Through Home Entertainment System, Via Their Familiar iPod Interface

The Marantz IS301 Wireless iPod Dock with expected availability in January 2009, allows users to play all their favorite iPod songs, as well as access photos and videos on their iPod and enjoy them on their home entertainment system. Users can also use the system to enjoy basic hand-held remote command and control over their home entertainment system, including power on/off, input select, and volume.

Flexibility of Tabletop or On-Wall Placement
The IS301 system consists of a slim lightweight handset (IS301) that attaches to the user’s iPod, as well as a stylish and compact base unit (IS301DS) that’s designed for either tabletop or on-wall placement. An additional RX unit (IS301RX) provides advanced wired connection (CAT5-1/2 audio control, CAT5 — 2/2 video) to a user’s home entertainment system, featuring Analog Audio L/R output, as well as Component, S-Video, and Composite Video outputs, making it easy to use the IS301 as an expansion device. The RX unit also features both IR Flasher input and RS232C control for expandability, and it may be connected with any device that supports Bluetooth A2DP.

Noted Kevin Zarow, Vice President, Marketing and Product Development, Marantz America, Inc: “The new Apple iPod interface offers users an incredible level of options, including not only the thumbnail index of music but the ability to browse musical contents by album artwork and cover flow. The Marantz IS301 system lets people expand their usage and enjoyment of this terrific interface, expanding its capabilities into their larger home entertainment systems.”

Marantz IS301 Wireless Dock for iPod

Hi-Fi+11 years ago
You Are Here 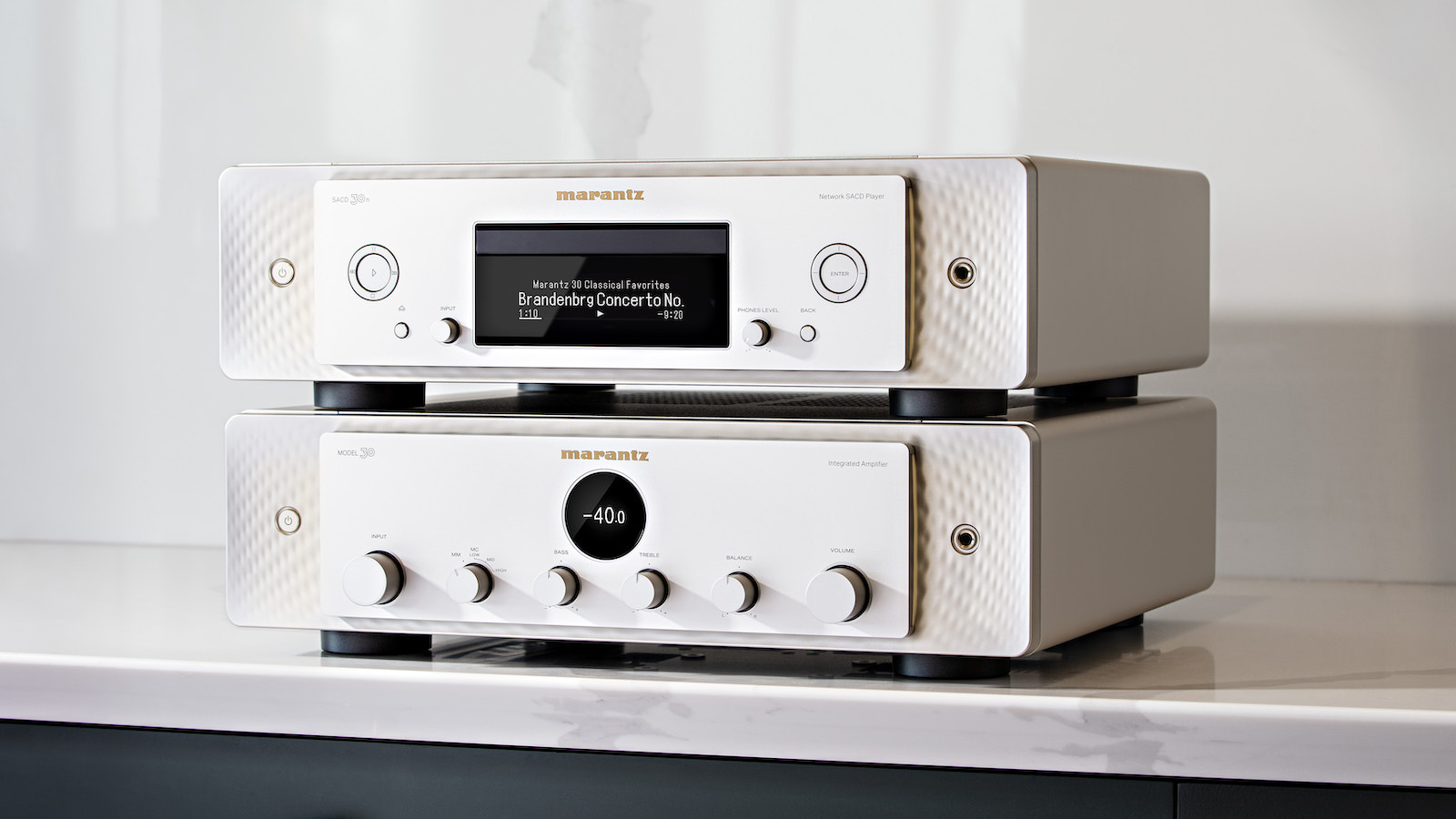 Exquisitely tuned by the Marantz Sound Master, the MODEL 30 integrated amplifier features a master-curated Marantz HDAM and a fully discrete design for luxurious...