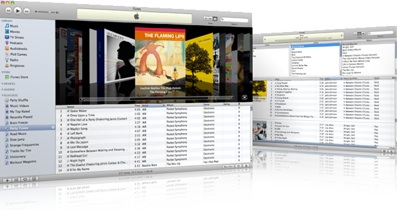 The NPD Group: 50 Percent of Mac Users in the U.S. Paid to Purchase Music Downloads versus 16 Percent of PC Users

Apple computer users are also more likely to listen to music and watch videos on their MP3 players and home computers.

“There’s still a cultural divide between Apple consumers and the rest of the computing world, and that’s especially apparent when it comes to the way they interact with music,” according to Russ Crupnick, vice president and entertainment industry analyst, The NPD Group. “Mac users are not only more active in digital music, they are also more likely to buy CDs, which helps debunk the myth that digital music consumers stop buying music in CD format.”

According to NPD’s consumer panel data, unit-volume sales share for Apple computers increased from nearly 6 percent in 2006 to almost 9 percent this year (January through October). “Apple’s growing share in the personal computing environment — and continued success with iPod sales — is a potential harbinger for the continued growth of digital music,” Crupnick said.

Overall, more than 32 percent of Mac users report purchasing CDs in the third quarter of 2007, compared to just 28 percent of PC users. In addition to purchasing CDs and downloading music, Mac users are also more likely to listen to music and watch videos on their MP3-players and computers. While 34 percent of Mac users had uploaded music to their MP3 players, just 16 percent of PC users had done the same. Mac users are also much more likely to listen to music files on their computers (56 percent) than are PC users (31 percent).

“While the market for digital music is growing, it’s growing slower than many would like it to — CD sales are still declining and digital music has not replaced those lost sales,” Crupnick said. “The more consumers become comfortable paying for digital music, the more chance they will evangelize to others. And at this point in the game, it’s the growing base of Apple consumers that are the industry’s low-hanging fruit when it comes to converting from physical to digital music.”

About NPD’s Digital Music Monitor
The objective of the quarterly Digital Music Monitor is to measure music acquisition activities for key consumer segments, as well as other technology and entertainment activities that could influence music acquisition trends. Data is weighted and projected to be representative of the U.S. Internet Population age 13 and older.