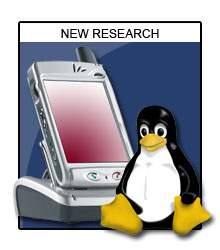 Nearly 20% of Mid- and High-End Mobile Devices Will Run a Linux Operating System by 2013, According to ABI Research

Linux, which has been much maligned by Symbian and Microsoft as a non-starter in the handset operating system market, is set to see strong growth as issues with framework fragmentation and silicon requirements are alleviated. The growing momentum behind the LiMo Foundation initiative, as well as the marketing boost that has been realized from the entry of Google’s Android solution has been further enhanced by Nokia’s support of the Maemo solution and its purchase of Trolltech. ABI Research believes that by 2013, nearly one out of every five mid- or high-end mobile devices will use a Linux operating system.

ABI Research vice president Stuart Carlaw notes that, “Clever choice of public license support, along with software engineering that isolates proprietary items from open source items, allows operating system vendors to generate revenue from a very cost-effective OS solution.” He goes on to add that, “Linux OS solutions will be far more cost-effective than incumbent solutions, even when silicon requirements are taken into account, given that a fuller application layer will be included in the standard package and that the burden of customization falls mostly on the independent software vendor.”

The new report, Mobile Linux: Bringing License-Free Operating Systems to Smartphones and Middle-Tier Devices provides a picture of the projected uptake of Linux in two major applications, as a commercial OS and as an RTOS replacement. It offers a frank analysis of the strengths and weaknesses of the Linux solution, and describes major drivers and barriers that are dictating the growth of the mobile Linux market.

ABI Research is a leading market research firm focused on the impact of emerging technologies on global consumer and business markets. Utilizing a unique blend of market intelligence, primary research, and expert assessment from its worldwide team of industry analysts, ABI Research assists hundreds of clients each year with their strategic growth initiatives. For information, visit http://www.abiresearch.com, or call +1.516.624.2500.