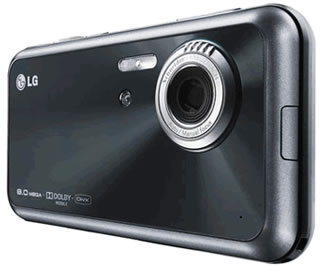 LG’s highest specification camera phone to date has now been released on a second UK network operator, after an initial launch on Orange consumers can now conenct the new LG Renoir to a range of O2 pay monthly tariffs which almost doubles the number of packages available for this 8 megapixel camera phone.

The LG KC910 Renoir is seen as the automatic upgrade to the extremely popular KU990 Viewty model which is still being sold in the UK, it incoirporates much of the technology of the original model with a large touchscreen and advanced camera functions but the most significant difference is the upgraded camera lens which now offers a whopping 8 megapixels.

This new LG phone not only gives its rivals some serious competition but also threatens stand alone digital cameras, why take two devices with you when leaving the home when the LG Renoir covers both functions?

Add to this the latest version of LG’s music player and you could negate the need of a third device in the form og a stand alone MP3 player, before you know it the new LG KC910 Renoir has got the majority of your gadgets functions covered and you leave your home far lighter than before.

The LG Renoir does face some competition directly from the mobile phones market in the form of devices from rival manufacturers, the Sony Ericsson C905 and the Samsung M8800 Pixon both offer a similar 8 megapixel camera lens but both models offer a difefrent design.

The most striking difference between the C905 and the Renoir is the sliding design of the Cybershot phone, not always to consumers taste the C905 opts for a slide out keypad as opposed to the large touchscreen of the Renoir.

The LG Renoir is a real multimedia powerhouse, packed with a whole load of extras. Equipped with an 8 megapixel auto focus camera, Xenon flash, Schneider-Kreuznach lens, ISO up to 1600 and VGA video capture at 30fps and in QVGA at up to 120fps for slow motion, this is one of the best camera handsets on the market.

The LG KC910 is the first feature phone from the manufacturer to offer Wi Fi connectivity, in addition it extends the functionality of the Viewty with built-in GPS – photos can be geo-tagged with the coordinates of the place of capture so users can tag a photo to the location they took it and then share with friends.

The LG KC910 Renoir is a quad-band GSM with support for HSDPA 7.2 Mbps, has Bluetooth 2.0 and USB. The extras of the KC910 include microSD card slot for up to 8GB of extended memory, Wi-Fi, 3-inch WQVGA 240×400 touch display and TV-out for displaying images or videos on a larger screen TV or projector and Xvid and DivX video playback.

The KC910 combines polyphonic ringtones with MP3 technology, this can produce a high quality ringtone that allows for truly hi-fi quality speech or music as your tone beore using the 50 MB internal phone memory for storage of pictures and these ringtones.

Although initially launched on both Orange and O2 networks in the UK there are further releases planned by the other UK networks over the coming weeks, the LG Renoir is also expected to be offered as a Pay As You Go mobile phone as well as a SIM free handset with no network ties.

The two latter payment options will be great news for consumers as we run into the festive period, the LG KC910 Renoir will be able to be purchased as a gift as both a Pay As You Go or SIm free handset as there is no need to register the device at point of purchase.