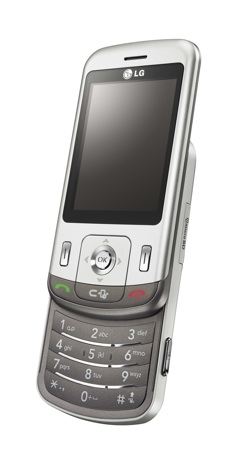 LG Electronics, a worldwide technology and design leader in mobile communications, announced the launch of its LG-KC780, a slim 8 megapixel camera phone with special features that make it ideal for shooting portraits.

The LG-KC780 is a slim slider phone at just 13.9 mm thick, but manages to include a large 2.4-inch widescreen LCD. The phone is designed to ensure that its myriad camera features are convenient and easy to use. A Schneider-Kreuznach certified lens ensures that the LG-KC780’s camera takes high quality photos that are sharp and clear.

“We found that most of the time people use the cameras on their mobile phones to take pictures of themselves, their families, friends and significant others,” said Dr. Skott Ahn, President and CEO of LG Electronics Mobile Communications Company. “With this in mind, LG developed the LG-KC780 with a number of face-enhancing features to augment its high quality 8 megapixel camera.”

Several of the LG-KC780’s smart technologies focus around the most expressive part of a person, the face. Face Detection automatically finds and focuses on people’s faces to allow photographers to take clearer pictures. Part of this feature relies on LG’s Smile Detection technology, which can recognize the angle of people’s mouths and adjust focus for faces.

Other people-focused features on the LG-KC780 include easy-to-use shot modes that help make people look their best. With Smile Shot enabled the camera automatically triggers the shutter when it determines that the subject is smiling. And with Beauty Mode users can remove spots and imperfections on people’s faces, making sure the faces appear bright and clear in photos.

Great memories can happen anywhere and the LG-KC780 has a number features that ensure great shots no matter where they are taken. The LG-KC780 can almost see in the dark with adjustable light sensitivity up to an amazingly high ISO 1600. If an image is too bright, however, LG’s SmartLight™ setting automatically fixes it. A built-in Image Stabilizer ensures that pictures come out clear and sharp, even in shaky situations. 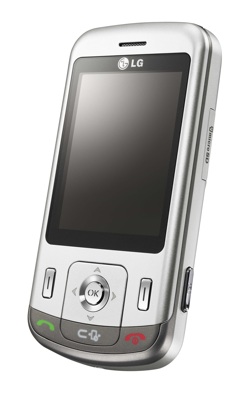 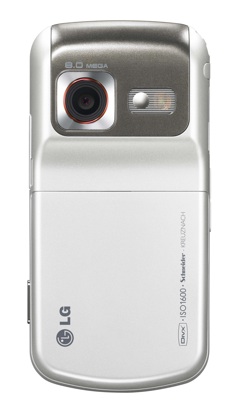 For those times when a picture is not enough, the LG-KC780’s D1 Video recording captures DVD-resolution video of every exciting moment. This means that movies captured on the handset will still look great when played back on a large screen TV.

The LG-KC780 is a full featured handset and includes the latest in mobile phone technology, including Smart Bluetooth, which opens up a number of new options when the phone is connected to a personal computer. For example, the phone’s camera can be used as a webcam for use in online conversations. Unlike USB webcams, this world’s first feature means that the camera can easily move with the user, as long as the phone stays within Bluetooth range.

Transferring the 8 megapixel photos that the phone takes is also far simpler thanks to Bluetooth. In addition, Smart Bluetooth makes it easier to send and read text messages, allowing them to be typed and viewed on the computer. The LG-KC780’s fun goes beyond its picture-taking capabilities; Motion Sensor Games make it easy to get into the action.

LG-KC780 will go on sale in November 2008, in Europe, later expanding to CIS and Asia, including India, Thailand, Hong Kong and China. LG expects that the LG-KC780 will build on the leadership the company established with its multimillion selling Viewty and enhance its lineup of 8 megapixel camera phones, along with the recently released an 8 megapixel touch screen multimedia phone, LG Renoir (LG-KC910).