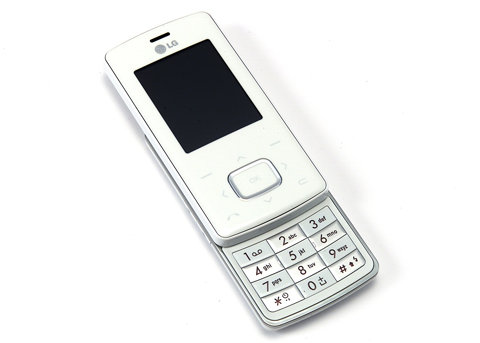 LG Electronics (LG), a leader in consumer electronics and mobile communications, has announced the upcoming international availability of new versions of its phenomenally successful Chocolate handset.

Slated for release around the world across Q3 and Q4 of 2006, the latest versions of the million-selling phone include white and pink handsets and new ‘premium’ Chocolate phones with unique design variations and enhanced technical specifications which will be available before the end of the year.

“As the first handset under the Black Label premium brand, Chocolate has been an amazing international success, smashing sales records in many countries,” explains Jae Bae, Executive Vice President of Mobile Communications Company of LG Electronics. “It’s important to continue to develop the Chocolate family to build on this success, which is why LG is expanding the range, giving Chocolate even wider appeal.”

Following the successful international launch of the Chocolate phone – which sold more than one million units globally in just eight weeks since early May – is no mean feat, but the latest handsets take Chocolate to new audiences, for whom stunning design and desirability combined with great technology are lifestyle expressions.

Chang Ma, Vice President of Marketing Supporting Team of Mobile Communications Company of LG Electronics adds: “The coloured Chocolate handsets will appeal to consumers who want their phone to say something about their personality. The cool white and tempting pink versions ooze modern style and chic while the forthcoming premium handsets with unique design variations promise to be even more desirable, adding technology enhancements to unbeatable design.”

The new handsets are already enjoying significant sales success in South Korea and, following in-depth research among 18 and 35 year olds around the globe, the decision has been taken to introduce the phones to select international markets.

“The regional availability of different Chocolate handsets reinforces LG’s strategy of launching products that are targeted at specific markets,” adds Jae Bae. “While Chocolate has gone on to be an international best-seller, the decision to launch across continents was only taken after intensive focus-group research to ensure local markets would be receptive. However, whether or not to launch all of these handsets or selection of the handsets will differ by each country based on each market needs.”

“LG Electronics has 6 design centers worldwide including Seoul, Milan, Beijing, New Jersey, New Delhi and Tokyo which shows commitment to following a design led product development strategy with reference to consumer research to meet consumer needs of each region. While we will always develop cutting edge mobile technology, we also understand that buyers are changing their habits when it comes to choosing mobile phones. The Black Label Series gives LG a unique sales proposition both for mobile retailers and consumers, providing a highly-visible, extremely luxurious brand. Chocolate’s success has been a clear validation of that strategy and the new handsets, along with other totally new Black Label launches, will help LG establish itself as the number one manufacturer of design-focused mobile phones worldwide.”