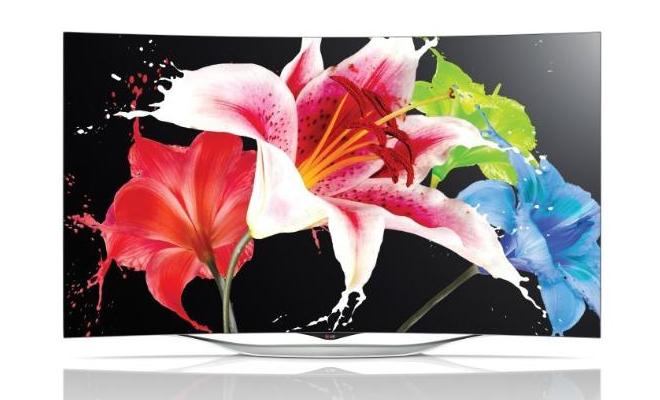 The 55EC9300 is the first OLED TV to feature the intuitive new LG Smart TV+ webOS connected TV platform, which is an interface designed to offer consumers lightning-quick transitions between broadcast TV, streaming services and external devices, with speeds similar to regular channel switching. The webOS platform also includes recommendation capabilities to help consumers sift through its expansive content options, which include streaming services like Netflix, YouTube, Amazon Instant Video, Hulu Plus and more. Consumers can control everything on their Smart TV with the easy-to-use LG Magic Remote, which works with simple gestures, point and click, scroll and voice commands.

The new 55-inch class LG OLED TV is amazingly thin – 4.5 millimeters at its thinnest point (11/64ths of an inch) or the depth of a few credit cards – and its gentle curved screen makes quite a design statement. Thanks to its frameless, bezel-less “Cinema Screen” design, the picture goes virtually from edge to edge. The 55EC9300’s updated design attributes include a streamlined new stand and, unlike previous curved OLED TVs, this newest model can be wall-mounted, giving customers flexibility in their choice of how to display the TV to best fit their needs.

The energy efficient 55EC9300 is among the first OLED TVs to be ENERGY STAR certified, according to the U.S. Environmental Protection Agency. In energy saving modes, display brightness adjusts automatically to the viewing environment. According to the Federal Trade Commission’s “Energy Guide” label, the LG 55EC9300 has an estimated yearly energy cost of only $17.

Price and Availability
The all-new 55-inch class (54.6 inches measured diagonally) LG Curved OLED TV (Model 55EC9300), will be available beginning this month at various retailers nationwide at a suggested price of $3,499. Best Buy will be the first dealer to sell the new LG model starting on Aug. 24, 2014 and is taking pre-orders now.