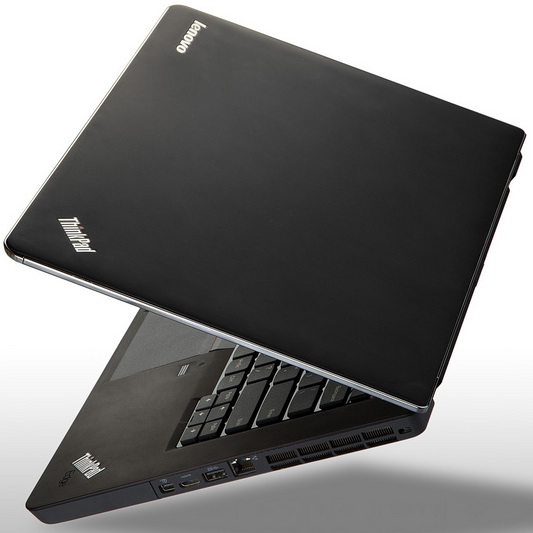 The 14-inch laptop also comes packed with the features SMBs need to succeed with choices of the latest Intel Core processors, a DVD burner or a second hard drive for up to 1 TB of storage, choices of Intel integrated or NVIDIA Optimus graphics, Dolby Home Theatre v4, USB 3.0 ports and Intel Thunderbolt Technology. With Thunderbolt, users can transfer a full-length HD movie in less than 30 seconds and backup a year of continuous MP3 playback in just over 10 minutes. The laptop also comes with Lenovo Solution Center powered by Intel Small Business Advantage, a set of productivity and security tools helping to enable overnight energy savings and automatic patch updates.

ThinkPad Edge E Series
The new ThinkPad Edge 14-inch E430 and 15-inch E530 laptops give SMBs the freedom to choose their level of performance with options of the latest Intel Core processors or AMD Fusion APUs (on the E435 and E535 laptops) with choices of integrated or discrete graphics. The laptops also feature fast boot up, up to 1 TB of storage that can be combined with solid state drive storage, USB 3.0 ports and a high resolution web camera. The laptop models with the latest Intel Core processors also include Lenovo Solution Center powered by Intel Small Business Advantage. The smaller 11.6-inch ThinkPad Edge and 13.3-inch laptops give SMBs the ability to optimize their performance and mobility with the latest Intel Core processors on the E130 and E330 or AMD Vision Accelerated processors on the E135 and E335 laptops.

Lenovo B Series
The Lenovo B Series laptops provide entry users the essential technologies they need to affordably accelerate their productivity. Equipped with choices of the latest Intel Core processors (on the B480 and B580 laptops) or AMD Fusion APUs (on the B485 and B585 laptops) along with integrated or discrete graphics, these laptops offer extreme value, starting at just $499. Users can also extend their productivity with features including up to 1 TB of storage, USB 3.0 ports, an HDMI out port and 4-in-1 multicard reader. Like the other laptops with the latest Intel Core processors, the B Series laptops come with Lenovo Solution Center powered by Intel Small Business Advantage.

KitGuru8 years ago
You Are Here