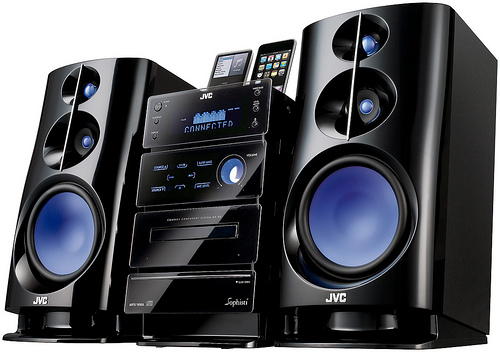 The JVC UX-F3 offers a total power output of 60 watts and comes with a pair of two-way speakers. The system provides dual-docking for the latest generation of iPod products. A video output allows iPod-stored video to be played through a connected television. Other features include USB Host for playback of music files stored on a USB mass storage device, a front audio input for connecting other devices, CD playback and an AM/FM tuner.

Both systems are wrapped in a black glossy finish, with the main unit accented by blue illumination of the touch panel.