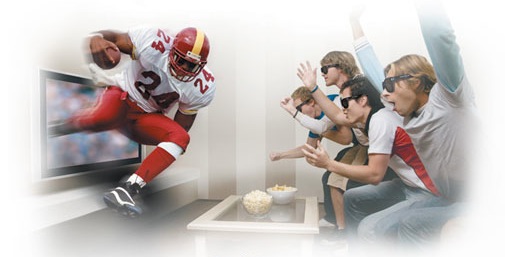 “We are delighted to establish a partnership with RealD, a global leader in 3D technology for cinema, which will allow us to build on our solid track record of technological development for Hollywood and related markets,” said Haruo Kawahara, Chairman, President and CEO of JVC KENWOOD Holdings, Inc. “We are confident this will lead to a dramatic increase in our 3D-imaging device business.”

“Our partnership with JVC will give the market high-quality displays capable of delivering exceptional 3D visuals. We look forward to JVC leveraging RealD’s three decades of 3D technology experience to capture the full capabilities of their unique 3D visualization products,” added Michael V. Lewis, Chairman and CEO of RealD.

The RealD Format is a proprietary version of a side-by-side 3D format that multiplexes a left eye and right eye 3D image stream into a single channel for delivery of HD-quality 3D content to any 3D-enabled display type. The RealD Format uses a unique set of filters and other technologies making it compatible with today’s HD infrastructure for high-quality 3D delivered via broadcast, packaged media or the Internet.

About JVC KENWOOD Holdings. Inc.
The JVC Kenwood Group was formed in October 2008 through a management integration between Victor Company of Japan, Limited(JVC) and Kenwood Corporation as a unique AV specialty corporate group with video technologies, audio technologies, wireless technologies, and entertainment software. Under the corporate vision, “Realize the unconventional (Katayaburi wo katachi ni)”, we will create new and unconventional added-value and evolve into a corporate group that provides customers with incomparable experiences such that they have never before experienced.

About RealD
RealD is the global leader in 3D technology for cinema, home and professional applications. RealD pioneered a revolution in cinema with its new generation 3D technology, which is deployed across the world’s largest 3D platform. Beyond cinema, RealD is the worldwide inventor and provider of key stereoscopic technologies used in science, manufacturing, marketing, and other industries, with 30 years of development behind its systems. RealD’s mission-critical 3D technologies are used by organizations such as NASA, Pfizer, BMW, Boeing and more.