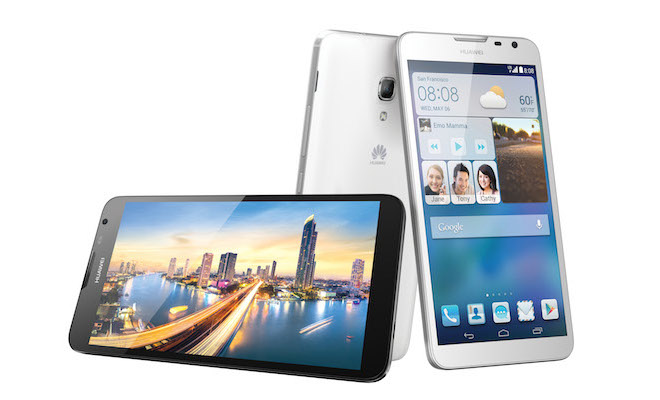 Running Android 4.3, the Ascend Mate2 comes in black and white, and features Huawei’s proprietary Emotion UI 2.0 Lite, for easy customization. Despite the large screen, the Ascend Mate2’s 9.5mm slim shape, and the ergonomic designed casing make it comfortable to hold and operate.

The Ascend Mate2 features a powerful quad-core 1.6 GHz processor and a long-lasting 3900mAh lithium polymer battery that lets you enjoy a half-day of web surfing on a single charge. Featuring unique power-saving technology that claims to improve performance by more than 30 percent versus other smartphones.

For the launch of the Ascend Mate2, consumers who pre-order a device between now and June 22 will receive a SIM card with a free month of service and an additional bonus – a phone case to protect their Ascend Mate2. In addition to the SIM card and phone case, consumers purchasing an Ascend Mate2 will also receive lifetime 20GB of online storage free from Bitcasa.

“With the Ascend Mate2, you just pop your SIM card in and you are ready to go,” Mr. Xu said. “No need to worry about contracts or restrictions. You get a 4G LTE-ready device right out of the box.”

Price and Availability
The Huawei Ascend Mate2 4G LTE smartphone is now available for pre-order in the U.S for $299.