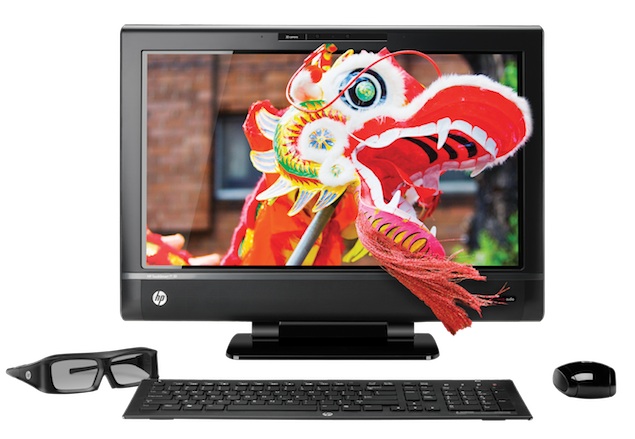 Users can create their own 3D videos and pictures with the HP TouchSmart PC’s built-in webcam and share them with family and friends online or via the unit’s 23-inch diagonal high-definition (HD) display. The TriDef 3D game player allows everyone in the family to enjoy playing their favorite games in 3D.

Featuring an ergonomic design, the all-in-one TouchSmart 620 3D Edition swivels up to 180 degrees and reclines up to 60 degrees, enabling users to adjust the display’s position for a comfortable experience and to reduce glare while viewing 3D content with the PC’s stereoscopic 3D glasses.