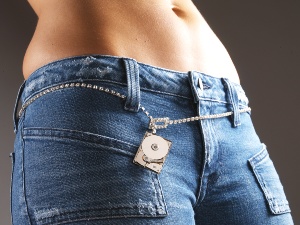 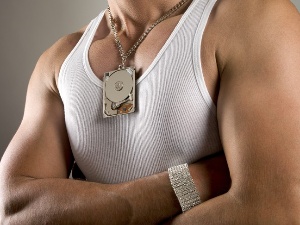 While the ultimate fashion accessory of recent popular culture is flashy jewelry — known by its street name “bling” — Hitachi Global Storage Technologies is today saying high-capacity, miniature hard drives are the new “bling” for their ubiquity and desirability among the consumer digerati (see “Hard Drive is the New Bling” video at http://www.hitachigst.com/harddrivebling). Hitachi’s latest “bling” are the industry’s smallest one-inch and lightest 1.8-inch hard drive, introduced in concept earlier this year under the monikers Mikey and Slim.

Hitachi anticipates these two hard drives will play key roles in the emergence of high-capacity smart phones, multi-function audio/video players and other handheld consumer devices. CE manufacturers across these segments have already designed Mikey and Slim into prototype consumer devices, the earliest of which are expected out this year.

The new drives feature an unmatched combination of CE-specific features, such as higher capacity on smaller footprints, easier integration with a ZIF connector, industry-first CE-ATA interface, significantly lower power consumption for longer device battery life and industry-leading shock protection through a number of technologies, including a new drop sensor.

“We believe the hard drive — especially miniature hard drives — has become the must-have accessory for today’s portable electronic devices; in consumer electronics, the hard drive has truly become the new ‘bling’ for both the valuable and priceless data they carry,” said Bill Healy, senior vice president, marketing, HDD business planning and strategy, Hitachi Global Storage Technologies. “Mikey and Slim offer the unique combination of small physical size and high capacity to give new categories of devices — like smart phones — the benefit of more powerful applications that require multiple gigabytes of capacity at an affordable price.”

Mikey — Microdrive 3K8
Mikey, which is officially called the Hitachi Microdrive 3K8, will be available with 6 and 8 gigabytes(a) (GB) of storage capacity and, yet, is nearly 20-percent smaller and consumes 40 percent less power than its predecessor. The 3K8 is also the first hard drive to offer the CE-ATA interface, which is designed to support the specific relationship between small-form-factor hard drives and the handheld consumer electronic devices in which they are embedded.

In addition, Hitachi is deploying drop-sensor technology on the new Microdrive, which protects against data loss in the event of a drop. Acting like a sixth sense, Hitachi’s ESP or Extra Sensory Protection™ technology works by immediately parking the read-write head safely away from the surface of the disk when it detects a fall, preventing head/disk contact which may cause data loss.

ESP will be especially useful in emerging hard-drive-based smart phones, which may experience greater user handling and, potentially, a greater number of drops than other types of consumer devices (see Hitachi shock-related press release for details). Hitachi believes ESP technology should be as essential to hard-drive-based devices as airbags are to cars.

Slim offers an upper capacity of 30- and 60-GB of storage on the one- and two-disk model, respectively. Slim, like Mikey, features a ZIF connector for ease of integration in consumer electronic devices. Both drives are using femto slider technology for improved shock performance and power consumption. Specifically, Slim features a 20-percent improvement in operating shock tolerance and offers the highest shock rating in its class.

Industry-first CE-ATA Support
In delivering the industry’s first product to support the CE-ATA, Hitachi is highlighting its commitment to create hard drives that meet the specific needs of CE device manufacturers, such as low pin-count, low voltage, power efficiency, cost-effectiveness and integration-efficiency.

The new CE-ATA interface, along with parallel ATA, will be available on all capacities of the Microdrive 3K8. Hitachi is also making the 3K8 available in the ATA on MMC interface. In addition, Hitachi plans future support for CE-ATA on its 1.8-inch Travelstar product line.

“Hard Drive is the New Bling” Drawing
As part of its new product introduction and effort to underscore the growing value of hard drives to consumers, Hitachi is offering web site visitors the opportunity to win real “bling.” A gold and diamond-studded accessory will be given to 25 lucky winners to carry with their equally valuable hard-drive-based MP3 or mobile phone devices. The charms are each valued at USD $500.00.

Interested US residents, eighteen years of age or older, should visit the Hitachi web site between September 2, 2005 and October 7, 2005 for more information on how to enter: http://www.hitachigst.com/harddrivebling. The drawing will take place on October 17, 2005. Winners will be notified by October 21, and prizes will be distributed by November 1, 2005.

Availability
The 6- and 8-GB versions of the Microdrive 3K8 are now shipping in limited quantities, with volume shipment planned for October. Hitachi’s ESP technology and support for the CE-ATA and ATA-on-MMC interfaces will be available starting in December.

The Travelstar C4K60 Slim will begin volume shipment of the 30-GB version at the end of this month. The 2-disk, 60-GB Slim model will ship in the first quarter of 2006.

(a) 1 gigabyte equals one billion bytes; accessible capacity may be less.

The company’s goal is to enable users to fully engage in the digital lifestyle by providing access to large amounts of storage capacity in formats suitable for the office, on the road and in the home. The company offers customers worldwide a comprehensive range of storage products for desktop computers, high-performance servers and mobile devices. For more information on Hitachi Global Storage Technologies, please visit the company’s web site at http://www.hitachigst.com.