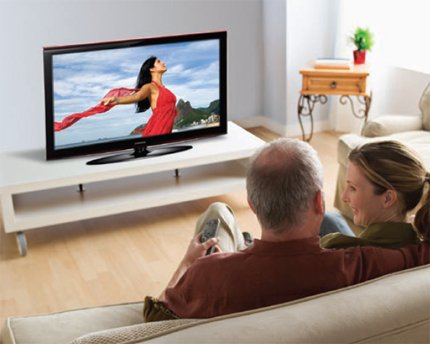 A new Knowledge Networks recontact study of persons ages 13 to 54, released as part of How People Use HDTV 2009, shows that high-definition TV (HDTV) viewers are now 65% more likely to say they watch HD programming daily, compared to their viewing habits two years ago.

In 2009, Knowledge Networks recontacted high definition viewers from KnowledgePanel who participated in the same study in 2007; 43% say they now watch HD programming every day, compared to 26% two years ago – a 65% increase. These 13 to 54 year olds also say they are now watching “how-to,” drama and national evening news programs in HD more frequently (see table below); and, consistent with the 2007 report, about two-thirds (68%) say they “always make the effort” to watch a show in HD when it is available in SD (standard definition) and HD at the same time.

Also as part of How People Use HDTV 2009, KN interviewed a representative sample of 510 people (ages 13 to 54) who have HDTV and HD reception, and found important differences between males and females in HDTV viewing habits and preferences. In the survey, conducted earlier this year, males were more likely to say they

However, the data also show that women are more likely to say that ads in HD programming are “relevant to your needs and interests” (42% females, 31% males), and they are more inclined to purchase from brands or companies that advertise during HD programs (24% females, 15% males).

“Viewing of high definition programming is becoming more frequent, including program types – such as how-to and news – we wouldn’t have associated with HD a few years ago,” said David Tice, Vice President and Group Account Director, Knowledge Networks. “This sends a message to advertisers that HD is becoming the new norm for those with HD access across all program types. An important learning for companies targeting products to men – who are more likely to seek out HD programming and to recognize the difference between standard and high-definition ads – is that creating advertising that is more relevant to the male audience could make you stand out from the HD crowd.”

Methodology
How People Use HDTV 2009 draws on two surveys from 2009. The first – fielded to a fresh sample of 510 people ages 13 to 54 – studies the use of HDTV in homes with an HDTV set and HD service. The second is a recontact survey (longitudinal study) of persons we interviewed in 2007 for the first edition of this report, to see how their attitudes and behaviors may have changed in the past two years. Error ranges are +/- 4% for the fresh sample and +/-8% for the recontact.