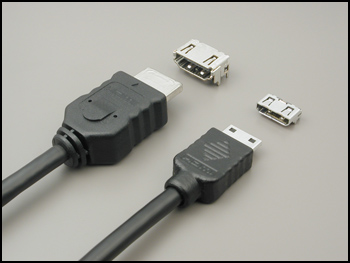 The update arrives at a time of strong momentum for the HDMI standard. HDMI Licensing, LLC today announced that more than 400 makers of consumer electronics and PC products worldwide have adopted HDMI. Market researcher In-Stat expects 60 million devices featuring HDMI to ship in 2006.

“PLAYSTATION3 will be the most advanced computer platform for enjoying a wide range of entertainment content, including the latest games and HD movies, in the home,” said Ken Kutaragi, president and group CEO of Sony Computer Entertainment, Inc. “By introducing the next-generation HDMI 1.3 technology, with its high speed and deep color capabilities, PS3 will push the boundaries of audiovisual quality to the next level of more natural and smoother expression on the latest large flat panel displays.”

“HDMI is an established cornerstone for the whole High Definition TV industry and Philips is extremely pleased to see such significant improvements for picture and sound quality with this new version,” said Johan van de Ven, CTO and Senior Vice President of Philips Consumer Electronics. “We look forward to continuing to work with other HDMI Founder companies to extend the scope of HDMI across new devices and applications, while remaining entirely committed to ensuring full backward compatibility with existing products.”

With the adoption of Deep Color and the xvYCC color space, HDMI 1.3 removes the previous interface-related restrictions on color selection. The interface will no longer be a constraining pipe that forces all content to fit within a limited set of colors, unlike all previous video interfaces.

Products implementing the new HDMI specification will continue to be backward compatible with earlier HDMI products.

“The dramatic increase in maximum speed achieved in HDMI 1.3 will enable HDMI to stay far ahead of the bandwidth demands of future high definition source and display devices,” said Leslie Chard, president of HDMI Licensing, LLC. “As the de facto standard digital interface for the high definition and consumer electronics markets, HDMI is implementing the most innovative technologies today to fulfill the demands of tomorrow’s consumers.”

The latest HDMI specification can be downloaded at no cost by visiting www.hdmi.org.

About HDMI
HDMI is the first and only consumer electronics industry-supported, uncompressed, all-digital audio/video interface. By delivering crystal-clear, all-digital audio and video via a single cable, HDMI dramatically simplifies cabling and helps provide consumers with the highest-quality home theater experience. HDMI provides an interface between any audio/video source, such as a set-top box, DVD player, or A/V receiver and an audio and/or video monitor, such as a digital television (DTV), over a single cable.

About HDMI Licensing, LLC
HDMI Licensing, LLC, a wholly owned subsidiary of Silicon Image, Inc., is the agent responsible for licensing the HDMI specification, promoting the HDMI standard and providing education on the benefits of HDMI to retailers and consumers. The HDMI specification was developed by Hitachi, Matsushita (Panasonic), Philips, Silicon Image, Sony, Thomson and Toshiba as the digital interface standard for the consumer electronics market. The HDMI specification combines uncompressed high-definition video and multi-channel audio in a single digital interface to provide crystal-clear digital quality over a single cable. For more information about HDMI, please visit www.hdmi.org