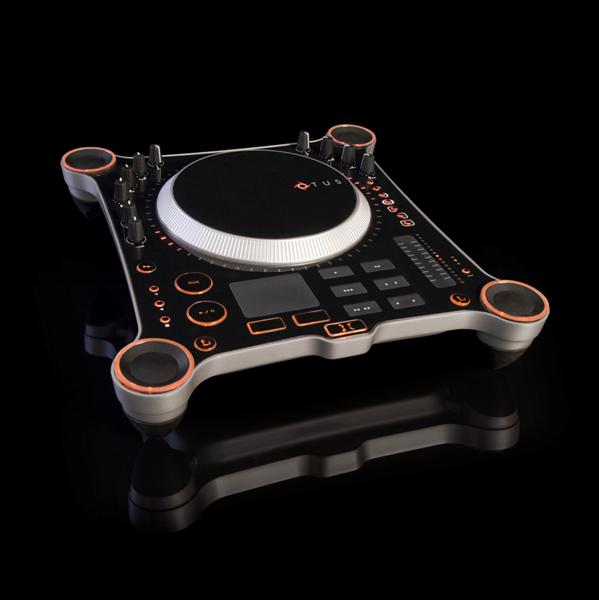 EKS, creators of the world’s most innovative and fully configurable DJ controllers, announces a distribution partnership with Mixware LLC. Mixware will represent EKS’ Otus digital DJ controller in the United States and plans to distribute it to leading retailers and e-tailers.

“We couldn’t be more pleased to have a partner like Mixware handling our distribution in the U.S.,” commented Sulevi Seppanen, EKS’ Sales Director. “They were selected because of their long-standing industry experience and enthusiasm for both Otus and EKS’ future proof ideology. With Mixware’s help, I’m confident that EKS will soon be one of the predominant names in the U.S. DJ industry.”

Mixware LLC. is based in Miami, Florida and is lead by father and son team Gerard and Laurent Cohen. Gerard Cohen has a long history of success in the audio industry and has played a key role in developing such brands as Martin, Vestax, Stanton, and KRK into market leaders.

“We are thrilled to begin working with EKS, the buzz around the Otus controller is unlike anything we have seen in a long time,” said Mixware’s President Gerard Cohen. “EKS has built an impeccable reputation across Europe as true innovators in the industry and we are proud to be a part of their aggressive growth plan in the U.S.,” added Cohen.

About EKS:
EKS was founded in 2000 by a select group of audio engineers, DJs, producers and software engineers who set out to create a new standard in digital DJ controllers. Out of this, the XP10 and later the XP5 were born and instantly met with great acclaim by the industry’s best. Most recently, EKS engineers completed development of the most innovative and fully configurable controller ever conceived – the Otus. While new to North America, the Otus is acknowledged by many of Europe’s most well respected industry magazines and professional DJs as the most cutting edge controller on the market.