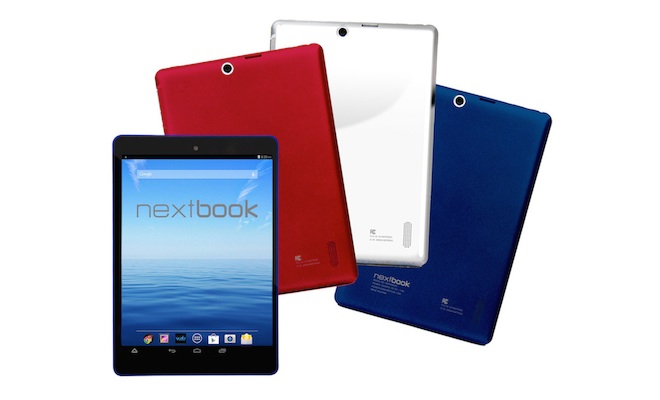 The Nextbook 8 tablets are optimized and preloaded with Google Play as well as Android apps from Google including Gmail, Chrome, Google Talk, Google+, Google Maps, YouTube, and Google Drive. The tablets also come preloaded with the Barnes and Noble NOOK for Android app so that users can buy and read their favorite books with the touch of a finger. Other preloaded apps include VUDU, Flixster, CloudLink, Net Nanny and more.

The slim and portable Nextbook 8 is designed for students of all ages to access everything they need in one place – from textbooks, web pages, notes and to-do lists to movies, photos, games, and more.

Pricing and Availability
The E FUN Nextbook 8 Android tablets in red, blue and silver are available for a limited time only in Walmart stores for $79.99, while the Nextbook 8 tablet in black is available for $99.99 at Walmart.com.