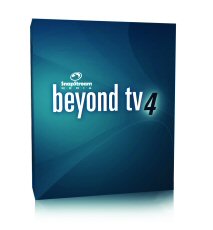 Beyond TV 4 users can now ShowSqueeze™ their favorite TV shows to DivX or, alternatively, they can record their shows straight to the DivX format. Either on the fly, or after the initial capture, to save hard drive space or enhance portability, Beyond TV 4 now enables the powerful compression benefits of DivX, while maintaining the highest visual quality.

“The addition of DivX support into Beyond TV 4 is great for both existing and new SnapStream customers. Our users can now record their favorite TV shows to one of the most popular formats in the world, the DivX format. And with the wide range of DivX portable devices and living room set-top boxes already in the market, the Beyond TV 4-DivX combination makes ‘anytime, anywhere’ a reality,” said Rakesh Agrawal, CEO and President of SnapStream Media, Inc.

“Beyond TV 4 is one of the most popular PVR software packages in North America and we’re excited to see them adding support for DivX. Now, users can easily record their favorite TV shows to their favorite video file format, DivX,” said Bill Holmes, Vice President of Consumer Electronics at DivX, Inc.

For more information about DivX, visit http://www.divx.com and to learn more about Beyond TV 4 and other products from SnapStream Media, Inc. see http://www.snapstream.com.

About DivX, Inc.
DivX, Inc. is a consumer-focused video technology company positioned at the center of multimedia convergence. The company’s core offering is the DivX video codec, among the world’s most popular video compression technologies with over 200 million users worldwide. The patent-pending DivX video technology offers DVD-quality at 10 times greater compression than MPEG-2 files, enabling full length films to easily fit on a CD or be delivered over broadband connections. DivX video technology powers a range of applications that span the convergence value chain, from a secure IP-based video-on-demand solution to next-generation consumer electronics products and video software applications. DivX, Inc. is headquartered in San Diego, California.

About SnapStream Media, Inc.
SnapStream Media, Inc. is a leading developer of digital entertainment products based in Houston, Texas. SnapStream Media’s vision is to create high quality consumer entertainment experiences that leverage PC technology. The company’s digital video recording (DVR) software, Beyond TV™ received PC Magazine’s Product of the Year Award in December 2004. It was referred to as “an idea whose time has come” by the Associated Press and declared “better than TiVo” by Maximum PC. Interested parties can find more information about SnapStream Media and its products at http://www.snapstream.com.