Casio first introduced the shock-resistant G-SHOCK timepiece to the world in 1983. The G-SHOCK brand remains extremely popular among consumers and adventure enthusiasts around the globe thanks to its distinctive, unique design, rugged toughness and practicality, even under severe environmental conditions. In 2000, Casio launched the G’zOne, a durable, water-resistant mobile phone. 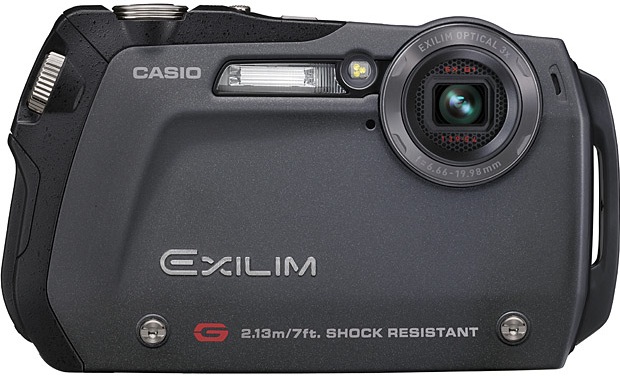 Casio is positioning the EXILIM G brand in an “endurance” category, which demonstrates its determination to create digital cameras suitable for top athletes and adventurers. The endurance category caters to those who never quit challenging both extreme conditions and their own limits. The new model was developed to embody this brand concept, using Casio’s years of experience creating technologies for shock resistance, waterproofing and slim-line design.

The EX-G1 is designed with shock-resistant elements throughout the camera, both inside and out, creating a smart look in a slim-line camera with functional beauty. In addition to capturing high-resolution 12.1 effective megapixel images, the EX-G1 also features modes such as interval shooting and multi-image capture which utilize the camera’s endurance qualities. The interval shooting function can automatically take still photos or movies at fixed intervals, enabling users to capture great shots while engaged in active sports such as snowboarding or cycling3.

“Whether it is the lifestyle that you have chosen or your career path that requires you to carry a camera tough enough to endure life’s elements, the EXILIM G EX-G1 offers an endurance level that will withstand the demands of your daily routine,” says Toshi Iguchi, senior general manager of Casio’s Digital Imaging Division. “The EX-G1, Casio’s toughest camera to date, is a prime example of Casio’s constant devotion to creating cameras to accommodate all levels of photographers.”

Through rigorous testing, the EX-G1 has been designed and created with a shock-resistant shell which passes drop tests including multiple falls from seven feet.4 Featuring a two-layer construction with a stainless steel outer-casing, the EX-G1 inner body withstands shock and water damage. The camera’s intelligent design is constructed with a resin cover to protect the body side near the shutter and a resin lens ring to protect the lens. 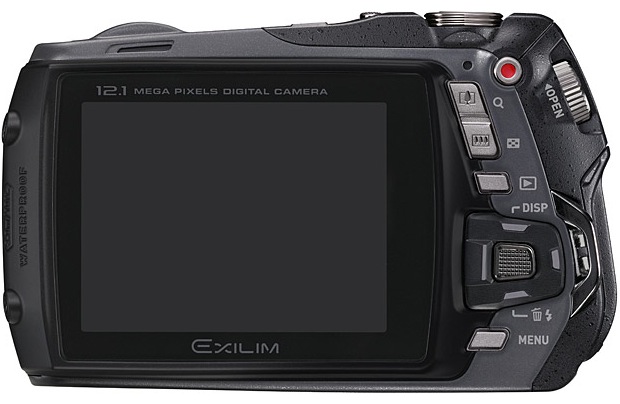 The technologically-advanced design features waterproof performance and corresponds to IEC/JIS Protection Class 8 (IPX8) waterproofing. The EX-G1 can be used at depths at 10 feet for 60 continuous minutes5. Water will not penetrate the camera even when directly sprayed with jets of water from every direction corresponding to Protection Class 6 (IPX6). Capable of withstanding temperatures as low as 14°F6, Casio’s EX-G1 boldly captures images where any adventurer goes.

1 As of November 18, 2009, based on a Casio survey of shock resistant digital cameras (excluding protruding parts).
2 Camera & Imaging Products Association (CIPA) standards.
3 A commercially available mount is required to support the camera.
4 In accordance with Casio’s own standard with reference to the US MIL-STD-810F Method 516.5-Shock, the camera passed a test in which it was dropped from a height of 2.13 meters (7 feet) onto lauan plywood at 26 different angles. However, the camera is not guaranteed to withstand all shocks in terms of damage, malfunction and performance. Moreover, camera shock may result in inability to retain waterproof performance.
5 Based on testing conditions established by Casio.
6 Battery life will be shorter than under normal temperature conditions.

What Digital Camera11 years ago