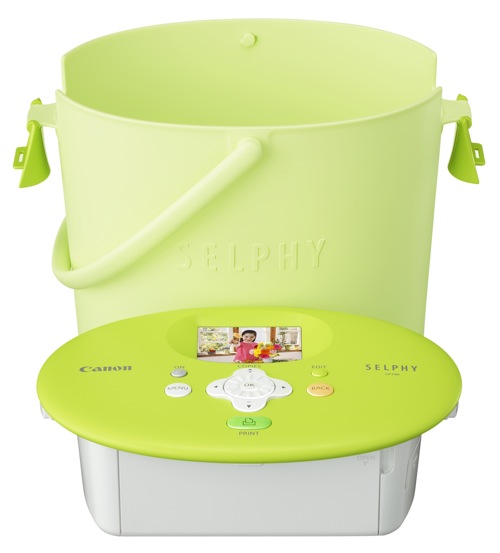 Following in the footsteps of the successful and innovative Canon SELPHY CP770 Compact Photo Printer is the new SELPHY CP790 Photo Printer. This new compact photo printer has been upgraded with a new stylish green color with a convenient storage basket, which not only houses the printer, but also stores accessories including paper, ink cartridge and the power cord. The new Creative Options allow users to add their own creative touch to photos before cropping them on the 3.0-inch LCD screen. One of the new Creative Options is the Photo Diary Creative Print. This feature allows users to choose from six different layouts, six background colors, and 18 clip art stamps to personalize their photos. This truly portable printer features an optional battery and memory card slots allowing for printing on-the-go without the need of a computer.