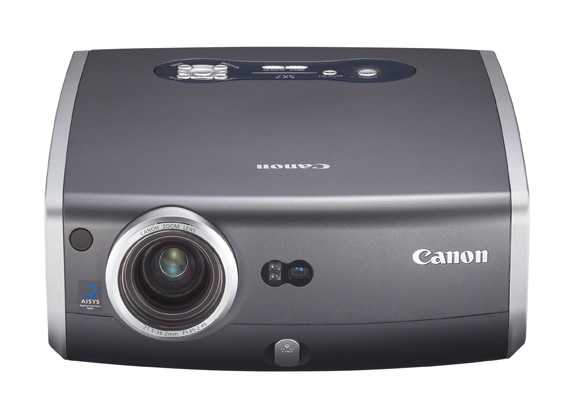 Continually advancing the features and performance of its acclaimed REALiS Multimedia Projector line, Canon U.S.A., Inc. announced the introduction of two new models: the REALiS SX7 and the REALiS X700. Canon U.S.A., Inc. leveraged its decades of experience as a global leader in optics and imaging technology to engineer these new Multimedia Projectors to satisfy the demands of users in the many markets demanding high-resolution and precise color reproduction. Both the REALiS SX7 and the REALiS X700 Multimedia Projectors feature Canon’s patented, proprietary AISYS (Aspectual Illumination System) Optical Engine, which maximizes the display power of advanced LCOS (Liquid Crystal on Silicon) reflective panels to deliver exceptionally detailed, lattice-free motion and still images. The new REALiS SX7 and the REALiS X700 Multimedia Projectors also feature a new, improved 275-watt AC projection lamp that provides richer color reproduction and longer life (from 2,000 to 3,000 hours) than earlier models. The combination of the new lamp and AISYS-enhanced LCOS on these projectors delivers a brightness of 4,000 ANSI lumens as well as improved light efficiency and brilliant color reproduction.

The REALiS SX7: The Top of the Line
With SXGA+ (1400 x 1050) resolution REALiS SX7 Multimedia Projector features outstanding support of Adobe RGB and sRGB color space, which are of vital importance to professional disciplines demanding precise color-matching. Adobe RGB is an extended color space used in critical viewing applications where exacting color reproduction is required. Such applications include: professional photography, graphics and printing; computer-aided design and engineering (CAD/CAM) labs; and medical imaging. Providing 4000 ANSI Lumen high-brightness and a contrast ratio of 1000:1 to help provide clear display of large images even in brightly lit environments, the REALiS SX7’s images are brighter than earlier models. The REALiS SX7 is engineered to minimize operating noise (as low as 31dB), which maximizes concentration when used in a classroom environment. Three stereo audio inputs and one variable stereo audio output provides users with additional flexibility in installing the REALiS SX7 in environments where quality sound is an essential part of visual presentations. The manufacturer’s suggested list price of the REALiS SX7 Multimedia Projector is $6,999*.

All of Canon’s REALiS Multimedia Projectors also include:

About Canon U.S.A., Inc.
Canon U.S.A., Inc. delivers consumer, business-to-business, and industrial imaging solutions. The Company is listed as one of Fortune’s Most Admired Companies in America and is on the 2006 BusinessWeek list of “Top 100 Brands.” Its parent company, Canon Inc. (NYSE:CAJ), is a top patent holder of technology, ranking third overall in the U.S. in 2006**, with global revenues of $34.9 billion. To keep apprised of the latest news from Canon U.S.A., sign up for the Company’s RSS news feed by visiting www.usa.canon.com/pressroom.

* Pricing subject to change at any time. Actual prices are determined by individual dealers and may vary.
** IFI Patent Intelligence, January 11, 2007.