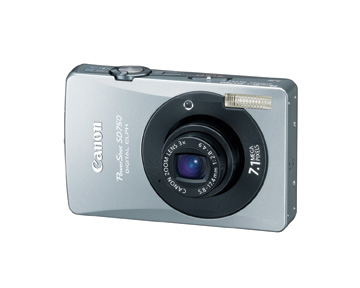 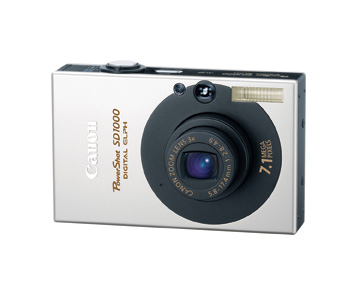 The PowerShot SD750 and PowerShot SD1000 Digital ELPH Cameras Take Pictures That Pop With Color, Clarity and a Dramatic Dollop of Eye Appeal

Indeed, the SD750 Digital ELPH and SD1000 Digital ELPH cameras are set to take their proven places out and about, from the high profile red carpet walkways of premieres and parties and the scintillating stylista demands of special nights on the town to cool and casual anywhere/anytime outings. These Digital ELPH cameras remain the alpha photo fashion accessories and the apex progenitors of style and substance…often imitated, never duplicated.

Both the PowerShot SD750 and the SD1000 Digital ELPH cameras build on Canon’s original and iconic box and circle design — now so frequently replicated by others — while maintaining their own individual ELPH identity. The PowerShot SD750 Digital ELPH camera design features artfully sculpted contours, evocative etched surfaces and even the option of dual-tone, silver and midnight matte black face and full-black back panel that blends seamlessly with its large and newly enhanced three-inch LCD display. The model is also offered in the traditionally finished case with its timeless brushed sliver patina and brilliant gloss highlights.

The PowerShot SD1000 Digital ELPH offers consumers the choice of either original silver or dual-tone matte black and silver design case. The PowerShot SD1000 Digital ELPH camera dispenses with the contours of the PowerShot SD750 Digital ELPH model in favor of a more, modern, minimalist aesthetic with cleanly rendered lines and squared – off edges. Adding to the camera’s crisp presentation, the dual-tone model is edged in the matte-black accent, in addition to creating an eye-catching, matte black finish on the barrel of the camera’s 3x (35-105mm equivalent) optical zoom lens and the ELPH trademark “circle” that rings the lens.

“Despite all of the emphasis on their sleek and stylish stainless steel shells, The PowerShot SD750 and SD1000 Digital ELPH cameras are first and foremost, Canon cameras with all of the acclaimed quality, integrity, imaging excellence, design innovation and intuitive engineering that we bring to our products,” states Yuichi Ishizuka, senior vice president and general manager of the Consumer Imaging Group at Canon U.S.A., Inc.

With Canon’s new Face Detection AF/AE/FE technology, the camera can detect, lock on and track multiple human faces in a scene simply by pressing the shutter button halfway. The face detection algorithm automatically prioritizes and selects faces and not simply the closest object (based on Canon’s Intelligent Scene Analysis/iSAPS technology). It will then optimize the focus, exposure, and flash to ensure the best possible results. Working in concert with Face Detection, the “Red-eye Correction” feature helps to detect and correct red-eye during playback mode. Images can be corrected manually while viewing photos on the LCD screen. Canon’s new Face Detection Technology makes for even easier picture taking moments, helping users to ensure in-focus smiles, and assist in the elimination of overexposed faces.

Thanks to the DIGIC III Image Processor’s more aggressive noise reduction algorithm, both the PowerShot SD750 and the SD1000 Digital ELPH cameras are able to shoot at ISO equivalent speed ratings from 80 to as high as 1600. This increased sensitivity at the top-end allows the cameras to utilize faster shutter speeds, significantly reducing the effects of camera shake and subject movement during hand held or low-light photography. In addition, both models offer users the option of Canon’s new “Auto ISO Shift” feature which, at the touch of a button, can accurately increase the ISO up to 800, in order to help offset camera shake due to low-light or unsteady shooting conditions. 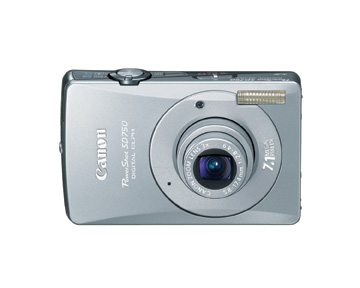 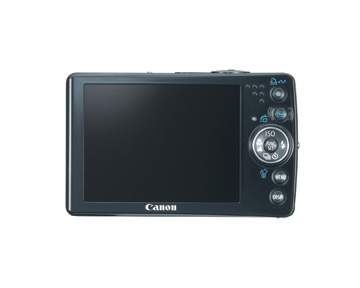 The PowerShot SD750 Digital ELPH Camera
Among the distinguishing features of the PowerShot SD750 Digital ELPH cameras are its boldly sculpted lines and spiral etchings. Departing from the familiar edges and planes that represent ELPH design, these smooth contours create an integrated “solid form” shape that is at once, comfortable to the hand and appealing to the eye.

In stores beginning late March 2007, the PowerShot SD750 Digital ELPH ships with a rechargeable battery pack, a 32MB SD memory card, a USB interface cable, an AV cable, a wrist strap, and Canon’s software suite and sells for an estimated price of $349.99.* 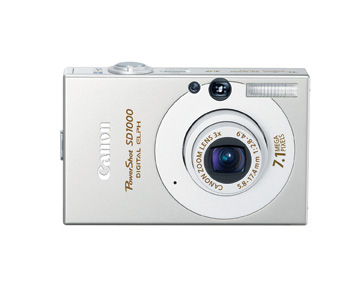 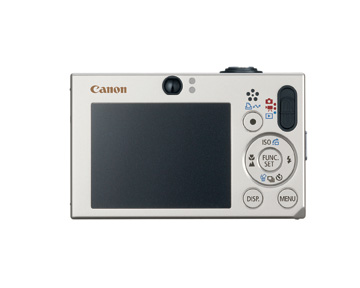 The PowerShot SD1000 Digital ELPH camera weighs in at less than 4.5 ounces, and at 3.39 inches long, 2.11 inches high is actually smaller than a deck of regulation playing cards. In stores beginning late March 2007, the PowerShot SD1000 Digital ELPH camera ships with a rechargeable battery pack, a 32MB SD memory card, a USB interface cable, an AV cable, a wrist strap, and Canon’s software suite and sells for an estimated selling price of $299.99*.

Windows Vista Ready
As one of Microsoft’s Premier Launch Partners, Canon is proud to announce that all PowerShot cameras announced in 2007 are Certified for Windows Vista according to Microsoft standards, without any extra downloads or upgrades. Additionally, all current models are fully compatible with other operating systems including Windows XP and Mac OS X (Versions 10.2 – 10.4).

About Canon U.S.A., Inc.
Canon U.S.A., Inc. delivers consumer, business-to-business, and industrial imaging solutions. The company is listed as one of Fortune’s Most Admired Companies in America and is on the BusinessWeek list of “Top 100 Brands.” Its parent company, Canon Inc. (NYSE:CAJ), is a top patent holder of technology, ranking third overall in the U.S. in 2006**, with global revenues of $34.9 billion. For more information, visit www.usa.canon.com.

All referenced product names, and other marks, are trademarks of their respective owners.
Specifications and availability are subject to change without notice.
*Pricing subject to change at any time. Actual prices are determined by individual dealers and may vary.
1 Print speed of up to 58 seconds is based on average output speed achieved during product testing with DIGIC II processor embedded Canon PowerShot digital cameras and Canon SELPHY CP Printers. Other products’ print speed may vary. Printer functions are sensitive to temperature and humidity.
**IFI Patent Intelligence, January 11, 2007