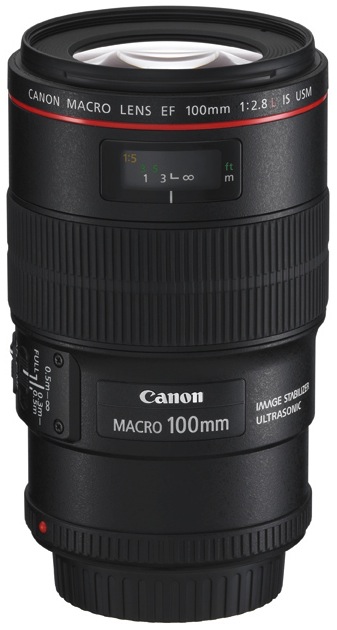 Canon U.S.A., Inc., continues its advancement of EOS lens technology with the introduction of three new EF and EF-S lenses:

The new EF 100mm f/2.8L Macro IS lens is the world’s first camera lens featuring Canon’s new Hybrid Image Stabilization (Hybrid IS) technology*, compensating for both angle camera shake and shift camera shake, up to four shutter speed steps. The EF 100mm f/2.8L Macro IS USM lens is compatible with all EOS cameras, while the EF-S 15-85mm and EF-S 18-135mm zoom lenses are designed specifically for Canon digital cameras that are compatible with EF-S lenses.**

The EF 100mm f/2.8L Macro IS USM lens could very well be the essential multipurpose lens for every camera bag due to its ability to capture sharp close-up images of small objects as well as beautiful portrait-length telephoto shots. The incorporation of Canon’s new Hybrid IS in this L-series macro lens allows it to compensate more effectively for camera shake during close-up shooting and marks a significant improvement for professionals and advanced amateurs utilizing macro photography for portrait, nature or wedding shoots.

New Hybrid IS Technology: Designed Especially for Macro Photography
The world’s first* optical image stabilizer for SLR cameras was introduced in the EF 75-300mm f/4-5.6 IS USM in 1995. Since then, Canon has made continual advancements in IS systems to enhance panning capability and improve compensation for camera shake. Now, in a move aimed at extending image stabilization to the macro realm, Canon introduces its Hybrid IS in the new EF 100mm f/2.8L Macro IS USM — another first for Canon and the world.

Conventional image stabilization technology is useful for reducing the effects of camera shake in non-macro shooting situations. When shooting handheld close-ups at 1x, however, camera shake makes it difficult to achieve acceptable results even with lenses incorporating conventional image stabilizers. Now, thanks to the Hybrid IS found in the EF 100mm f/2.8L Macro IS USM, Canon extends IS technology to the macro realm, making it easy to obtain clear handheld close-ups — a world first* and a definite advantage in environments where use of a tripod is not an option.

Conventional image stabilizers of the type found in Canon IS lenses incorporate an angular velocity sensor (vibration gyro) to compensate for angular camera shake. Based on the amount of camera shake detected by the sensor, the IS system calculates the amount of blur on the image plane, after which lens elements in the IS are positioned to compensate for the shake. However, this type of image stabilizer can neither detect nor correct shift camera shake common to handheld macro photography.

The Hybrid IS includes an acceleration sensor in addition to the conventional angular velocity sensor (vibration gyro). Based on the amount of camera shake detected by the two sensors, a newly developed algorithm calculates the amount of blur on the image plane, after which lens elements in the IS are positioned to compensate for the two types of shake — a first in an interchangeable lens for SLR cameras and an excellent way to solve the problem of camera shake in macro photography. 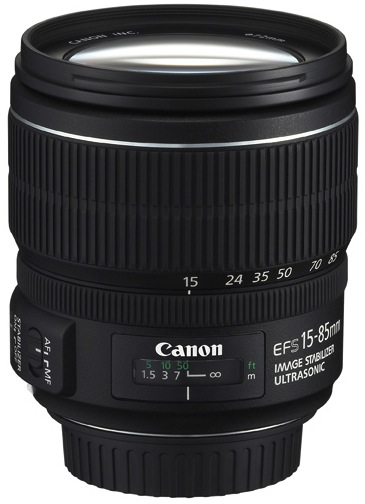 EF-S 15-85mm f/3.5-5.6 IS USM lens
The versatile focal length, extreme wide angle and stunning image quality of Canon’s new EF-S 15-85mm f/3.5-5.6 IS USM lens makes this the ideal multipurpose wide-angle zoom lens for the photographer shooting a wedding or exotic vacation. Featuring three aspherical elements and one UD glass element for outstanding image quality, the zoom range of this lens is equivalent to 24-136mm on a full-frame camera. When coupled with Canon’s new EOS 7D DSLR, this lens provides moviemakers and videographers with a phenomenal focal range for wide-angle scenic footage and zoomed in telephoto shots. 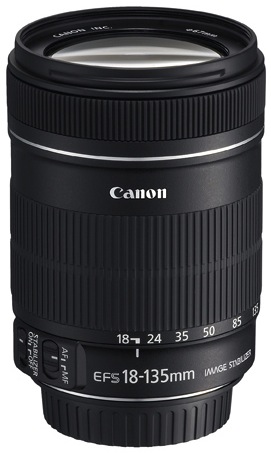 What Digital Camera7 years ago

PC Magazine8 years ago
You Are Here