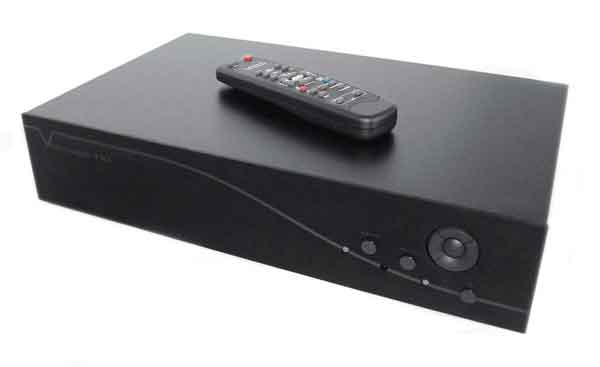 “We selected the Realta HQV for the Vantage-HD because it delivers spectacular image quality. Not only does it convert NTSC or PAL standard-definition (SD) material to superb high definition (HD) images, but it is the only processor to correctly process HD video for maximum image quality,” said Tim Brooksbank, CEO of Calibre.

Unlike any other video processor, Realta HQV is also fully software-programmable and upgradeable. The Realta HQV processor executes its video algorithms entirely in software. As new firmware is developed for Vantage-HD, consumers can simply download the upgrades from the Calibre website.

Vantage-HD is not just an image scaler, it is also a switcher. It features a very flexible range of inputs and outputs and is able to switch between different audio-visual sources without the need for a separate switcher. The switching capabilities are easily integrated into the system by way of an on screen menu, controlled by remote or by an RS-232 serial link for use with third-party control systems.

The base input configuration is 2x HDMI with support for up to 8-channel digital audio, HDCP capability and backward capability with DVI, 2x composite video and 2x component analog video for YpbPr or RGBS SD, ED or HD signals compatible with 480i (NTSC), 576i (PAL/SECAM), 480p, 576p, 720p and 1080i as well as 1080psf. Additional options include 2 x HDMI expansion board and an HD-SDI expansion board with single or dual port inputs, available during 2006.

For HD material, Realta HQV features true 10-bit processing, automatic multi-cadence detection, and four-field per-pixel de-interlacing–the highest quality HD de-interlacing processing available today. Instead of discarding half the resolution, and just doubling the lines (a shortcut that many video processors take today), HQV processes all 2 million+ pixels in both odd and even fields of a 1080i signal preserving all the rich details in an HD scene. Also, HQV per-pixel, motion adaptive noise reduction cleans the random noise that can plague HD broadcasts.

Currently, given the scarcity of HD content, most broadcast HD programs are SD material up-converted to HD, often with Teranex equipment. Also, for years to come, much of the TV programming will continue to be delivered as 480i SD video. Going from 480i to 1080p video involves resizing an image up to six times.

Shipping & Availability
Calibre’s Vantage-HD Home Theater video scaler and switcher has an MSRP of $2,899 and is shipping now. See www.calibreuk.com for further information.

The Realta HQV video engine has received numerous awards and accolades, including the “Best of Innovations” award for the Embedded Technologies category at the 2005 Consumer Electronics Show, “Most Promising New Technology” and “Most Exciting New Company” from The Perfect Vision, “Best Buzz of CEDIA” from Insight Media, AVGuide Monthly’s “Best Product Overall,” Red Herring’s “Top 100 Innovators” award, Fred Kahn’s “Silver Best of CES” award, and “Best Picture of the Show” at the Home Entertainment 2005 Show in New York City, from Tom Norton of UltimateAVmag.com.

About Calibre UK
Established in 1988, Bradford, Yorkshire, UK is the home of Calibre UK Limited, a privately owned specialist electronics display equipment company. Calibre is highly respected World-wide as a specialist manufacturer of flat panel displays, display electronics and image processing electronics. As a market leader Calibre utilizes its own in-house hardware and software design teams for all product development including one-off solutions to solve customers’ electronics display problems. Specialties also include custom-designed military and rugged industrial display products for use in harsh environments as well as providing specialist LCD TFT displays for the medical Surgical market. “We make displays your life depends on” Calibre has also achieved World recognition providing image scaling technology for use with large LED videowalls primarily used for Concerts, Award Ceremonies, Rental/Staging and Advertising. During 2006 Calibre will continue to evolve its product range and make further technical advances in the Broadcast, and Home Theatre Markets through innovative use of modern technology. “Creating technology for tomorrow’s World today” please visit the company’s website at www.calibreuk.com

And be sure to visit the HQV Open House on Thursday, September 14, 2006, 6-9 pm in the Seawall Ballroom at the Denver Performing Arts Center!