The new Belkin Cooling Pad keeps your laptop cool. In order to achieve the best cooling performance*, Belkin redesigned the Cooling Pad to include a patent-pending AirFlow Wing, repositioned fan, and wave shape. This combination of features optimizes circulation to let hot air flow up and away from your laptop. The USB-powered Cooling Pad can be used comfortably on a desk or in your lap. Building off of the success of the previous model, the new Cooling Pad aims to further increase Belkin’s prominence by offering a superior method of keeping laptops cool. 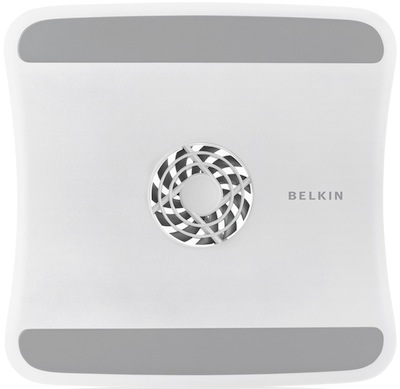 *Independent third-party testing of cooling performance done by NTS Testing and Engineering Services. Testing measured laptop temperature before and after 20 minutes of operation with cooling-pad products. Testing included the Belkin Cooling Pad and top cooling-pad products in terms of market share in the United States as of October 2009.